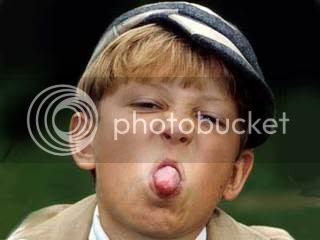 As hunters across the dike loosed occasional shots in the corn fields, the first squadron of Canada geese flew over this morning. I'm not sure, but I think the hunters are after grouse and pheasant and other birds. The geese were too high for a shotgun assault and their honking almost seemed to be a taunt to the hunters below... nyah-nyah!!

Yesterday, a power outage discombobulated home and public life for 90 minutes and the blame was laid at the doorstep of a squirrel that circumvented utility barriers and ... what? ... made a snack of the insulation? Do squirrels thumb their noses at the civilization that has grown in their midst ... nyah-nyah!? Whatever the rodent motivation, much of Northampton was affected. Gotcha!

In England, a Portsmouth man "has become the first person in the UK to be convicted of a terrorist offence relating to the conflict. A jury at Kingston Crown Court found Mashudur Choudhury guilty of preparing for acts of terrorism after a two-week trial."

"Preparing for" or "thinking about" or "planning" didn't used to be an occasion for punishment or an obligatory opprobrium. But the government terrorists have managed to create an entire industry -- terrorism and its exponents are those who think and plan and plot and talk. These wannabes are portrayed and frightening and wily and adept and ... we've got to stop these evil people. Their nyah-nyah is enough to warrant a counter-attack, a bit of terrorism in a good cause.

Instead of a monolith of terrorist evil, Choudhury is portrayed in the BBC article linked above as a confused klutz. His business went belly-up, and even his wife was openly scornful of his jihadist posturing and hoped he might "go ahead and die" because he had made her life a nightmare. As far as I can figure out, the man never actually did anything more than talk and fantasize and borrow money under false pretenses ... in much the same way that the detractors of "terrorism" talk and fantasize and seek funding and provide little or no palpable evidence of action-taken. Yes, there are bombings, but if guys like Choudhury are the measure of an enemy ....? Is it enough to dislike or disagree with someone to make violence and incarceration the only option? Is justice what an inconvenienced or outraged majority says it is?

And sometimes it is:


(CNN) -- An Iranian woman convicted of murder -- in a killing human rights groups called self-defense against her rapist -- was hanged Saturday, state news agency IRNA reported.
Reyhaneh Jabbari, 26, was sentenced to death for the 2007 killing of Morteza Abdolali Sarbandi, a former employee of Iran's Ministry of Intelligence and Security.

Nyah-nyah ... my religion is more worthy and righteous than your pleas for mercy or logical criticisms! No one fucks with my religion or politics ... hang the bitch! It seems that the half-baked prayers of a man like Choudhury can find a starting point among the august and holy and politically powerful...

And those in the terrorism industry are not beyond trying to extend their reach (read income and fantasized virtues):


FBI Director James Comey is asking Congress to force smartphone developers into building “backdoors” into all devices for law enforcement surveillance– a response to new customer data encryption standards adopted by Apple and Google.
“The FBI has a sworn duty to keep every American safe from crime and terrorism, and technology has become the tool of choice for some very dangerous people,” Comey said while speaking at the Brookings Institution last Thursday....

To the best of my knowledge, Comey did not point out that if "law enforcement" were to get its wish, then those whom "law enforcement" seeks to vilify and vanquish (think China and Russia and all those savvy techs around the world) would likewise have a back door to that information and the only ones to suffer a loss would be Internet users who might actually believe privacy was a right.

Isn't nyah-nyah sort of strange -- coming around and biting you on the ass in the long run and spilling a lot of discomfort and blood in the meantime? And it's not just the neo-conservatives who just know the perfect way to run things: Those flaunting their caring and compassion and TED talks can bring with them a well-perfumed nyah-nyah as well.