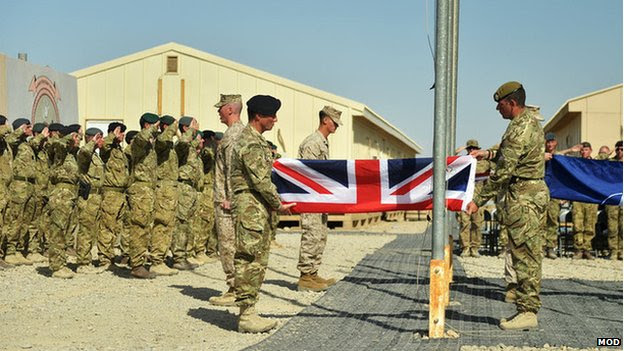 And, in the terrorism industry, British and American bases in Afghanistan were handed over to the Afghans. After 13 years, the Brits were a bit more straightforward about the invasion that had been spearheaded by the U.S. British Defence Secretary Michael Fallon said "mistakes were made" and, more compellingly, "We're not going to send combat troops back into Afghanistan, under any circumstances."

Britain has lost 453 soldiers to the miasmic violence whose outcome for the western interlopers has yet to be defined. The U.S. has lost 2,349 in the conflict that is destined to segue into a continuation of the terrorism industry.

Thirteen years of refocusing national attention away from factual problems for which politicians and the power-hungry might be forced to take responsibility. It's not their kids being killed and if the fighting keeps up (count on it), no one will have the energy to hold their feet to the fire they kindled.

When the Russians left Afghanistan after their own 1979-1989 invasion, the Americans were gleeful at the ouster of  'communism' or some other bogeyman. Thirteen years into its own invasion, the applause is muted and the gains unsure. One thing seems to be assured: The invaders/saviors don't give much of a shit about the people whose territory they eviscerate.
Posted by genkaku at 9:31 AM