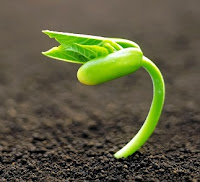 After I got back from an obligatory three-year stint in the army, my mother set me up for an interview with her editor at Doubleday, then a book publisher in New York. The idea was not so much to provide me with a job and a way to sustain myself -- which I needed -- but rather as a means of investigating a job possibility that dovetailed with something I liked, which at that juncture, included books.

In 1963, after three years in the army, two of them in Berlin, I really did not want to go back to the cloistered bubble of academia where I was about a year and a half short of a degree. I wanted to do something in the 'real' world, the wider world, the more faceted and juicy world. But hey, I needed a job, so I went to the sit-down with LeBaron Barker, a crusty fellow around 60.

I was anxious. Yes, my tie was straight and my creases pressed, but I wanted to make a good impression and, since I was not yet acquainted with what making a good impression entailed, felt ill-at-ease and inadequate. Lee and I talked for about a half an hour.

At the end of that time, he asked bluntly and somewhat to my surprise, "So ... do you want a job?" And because I couldn't think of a good reason to say "no," I said "yes" instead.

"OK," he said in a relaxed tone that only a man with power can enjoy, "let me call up the personnel department and get this college-degree crap out of the way."

At that time, no bureaucratic sissy had yet thought up the term "human resources," although the federal War Department had morphed into the more righteous Department of Defense in 1949. It was still the plain-Jane "personnel," but the function was pretty much what it had always been, including sifting out those who might not have a college degree, the gold star that would allow personnel executives not to take any risks and still feel confirmed in their assessments. Lee was different: He was powerful enough and daring enough to size someone up and place a bet without excuses.

And so I went to work for Doubleday, although a friend of mine who had worked part-time at another publishing house warned me against it: "You have to understand," he said, "they're not selling books. They're selling shoes." By the time I quit five years later, I knew enough to know he was right ... or anyway right-ish.

This morning's local newspaper is crammed with information about all the college students who have returned to this valley that is crammed with institutions of 'higher learning.' Maybe they will get degrees. Certainly they will take on inordinate debt. But it made me wonder what good a college degree really is. I mean, seriously. I don't mean what's comme il faut, but really. I don't begrudge a college degree, however many examples of college-educated nitwits are adduced. But neither am I willing to lie down and spread my legs for the assertion that a college degree is a good or necessary thing.

How would history have been revised if Adolf Hitler had been accepted to art school? Could anyone lacking some degree of education even ask a question like that? Maybe it's not so much what anyone learns that counts; maybe it's more important what they do with what they have learned.

I honestly don't know. I do know I don't want to listen to some squishy-soft disquisition on the virtues and necessities of an education and the degrees it might confer.

Looking back, I don't wish I had finished college. I do wish I could have saved my kids from the financial burdens a college education implies these days. College has the potential to suggest a wider array of possibilities, but for anyone determined to ignore those possibilities, a college degree is unlikely to help. What the hell is it for?

The halls at Doubleday were carpeted. They were vacuumed daily. The atmosphere was buffed as a high-end manicure. Mostly its minions were white. Everyone was pretty bright ... in some cases genius level. It was just not dirty enough for me. Dirty, wide, scrappy, intractable ... like the world of newspapering I transferred into... a world in which all topics were in-bounds and full of unexpected twists and turns. Wasn't life more like the popcorn-maker in the movie-theater lobby ... you never knew where then next micro-explosion might erupt?

College education as imagination? Maybe that's closer to the mark. But perhaps not, too.

If it's a pity to be any stupider than you need to be is it likewise a pity to be smarter? Stupid can exercise a lot of cruelty that smart may sidestep ... but smart is equally capable of smugly camouflaging with terms like "human resources." Cruelty, like kindness, is a equal-opportunity employer.

I guess I'll just have to chalk it up to another thing I don't know.

Obviously there is no one answer, but when the morning newspaper is full of bright-eyed-and-bushy-tailed students entering the academic lists, I wonder.
Posted by genkaku at 9:15 AM