cloud in a cloudless sky 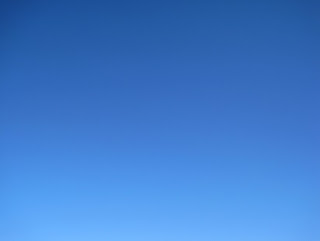 I'm sure it means something to somebody....

I'm sure someone can make money and outflank competitors....

I'm sure that not knowing and understanding it leaves me at a distinct disadvantage....

But I haven't got a clue as to what "cloud computing" means.

More, there is some element within that doesn't want to know and backs away and is suspicious and wonders what cloud there might be if the electricity went off ... and wonders as well how reliance on whatever it is that "cloud computing" is contributes to the general world of the ignoramus: Yes, you may know what "cloud computing" is, but can you find your own ass with both hands?

There is good reason to wonder in this era if the ignoramus I am prone to assessing isn't actually the guy in the bathroom mirror.

Cloud computing is a model for enabling ubiquitous network access to a shared pool of configurable computing resources. Cloud computing and storage solutions provide users and enterprises with various capabilities to store and process their data in third-party data centers. It relies on sharing of resources to achieve coherence and economies of scale, similar to a utility (like the electricity grid) over a network. At the foundation of cloud computing is the broader concept of converged infrastructure and shared services.

And that's just the lead paragraph.

Honest to God, and without any particular criticism, I would rather be reading Urdu, a language in which I have precisely zero capacity. Who writes this stuff? Who imagines that it transmits much more than an inside-the-intellectual-beltway smugness? Who talks like that and do you really want to live next door to them? Have you ever noticed that people who really know what they're talking about are capable of transmitting their beloved bit or bits of information to even the least among mortals ... and that those who resort to gibberish have not yet really plumbed their field of expertise and basically are ego-tripping?

OK, OK, I admit it: I can't help but wonder how any of the rest of us survived and even advanced when there was no mechanical computer and hence no "cloud." Weren't we forced to be our own storage units, to connect the dots all by ourselves, to remember and build a storehouse of critical thinking that did not require an electrical outlet?

Not that such a mechanical storage unit is necessarily bad ... except to the extent that it entices and addicts and encourages individuals not to do their own computing: What the hell -- I can look it up. And yes you can ... but can you think and how does your reliance on a computer file box impact the rest of us? It may be argued that such an electronic storage unit is just an advanced library, but the same question applies to libraries: Books are not the answer, they merely inform the questions.

Yesterday, in the local Daily Hampshire Gazette (can't winkle out the exact link), there was a long puff piece about using Google applications in classrooms. There was a learning curve involved for the kids. Most took to computing like ducks to water, but there was one boy who said it wasn't so easy for him:

He said he does not tend to go on the computer at home unless it's a rainy day.
"Usually I'm outside playing with my friends," he said.

Becoming his own cloud, perhaps?

Obviously, learning about computers is a must-do these days. But relying on them has its limits and those limits deserve respect, I think. So what are the limits? I honestly don't know. I just know that an individual relying on someone else's cloud is cruisin' for a bruisin'... or anyway, the crabby old fart within thinks he knows.

What cloud is it that floats in a cloudless sky?

Can you cook or wash clothes or saw a board or braid a rope or scrub a floor or paint a wall or assess a blowhard like me ... or any number of other things which do not deserve exalted status but might come in handy when all the jibber-jabber improvements have had their say.