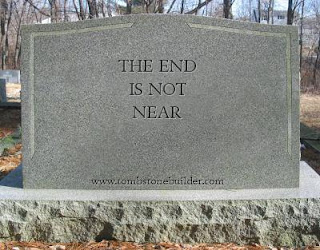 Getting on for 4 a.m., there is a kind of double-dip silence to the day. The birds are not yet up, so it is clearly not "today" and yet whatever tailings remain from what came before have lost their swagger and assertion ... they are out of steam... it is no longer "yesterday" either.

It is all a little like an old man rolling over in his sleep ... needful but unremarked.

It reminds me a bit of the times when I would get up early in New York and walk the twenty blocks to the Zen center I attended. Someone's always awake and stirring in New York, so there were some trucks, some cabs and the traffic lights changing. There were also the last remnants of last night's drinking spree in the various bars I passed. Here and there, people might puke into the gutters or walk with a precision that let you know they were pretty drunk but wanted to pretend, as the new day whispered, that they were prepared and sober and competent even if they had spent a good deal of time and money trying to escape those very chains.

They were drunk and saucy and stupid and I knew precisely where they were because I had been there too. But I was bright-eyed and bushy-tailed, off to an adventure in something akin to discipline and virtue. There was something vaguely funny and yet informative in ways I couldn't get my head around ... there I was being 'good' and there they were being, if not 'bad' then anyway naughty or self-indulgent or paying the price for earlier pleasures.

And it all happened simultaneously ... and tons more like it, no doubt. Everything happening all at once, all at the same time. And putting a stamp of approval or disapprobation on it was like using a teaspoon to gather up the Atlantic Ocean. I was going to go and chant and meditate and they were going to do what they could to move seamlessly into a new day of responsibility ... a seamlessness that could not be avoided and yet they needed to look kool and competent in the process....

Much as I somehow wanted (but subtly and virtuously, dontcha know) to look kool and competent and Zen all over.

Looking back, I am struck as elsewhere by the focus I placed on Zen practice while Zen practice was all around me without ever raising a finger. Chanting, sitting, puking, looking kool .... I'm not trying to be sexy or 'inclusive' or 'wise' here ... I really mean it.

Oh well. Live and learn. Somehow it feels as if the double-dip silence of the morning darkness/morning light lends an ineffable hand, but I don't suppose emphasizing that will be of much use either. John Lennon wasn't wrong: "Life is what happens while you are busy making other plans." But the fact is not improved by his observation.
Posted by genkaku at 5:35 AM