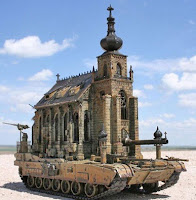 Popes, prelates, nuns, imams, Buddhist monks, Hindu swamis and a host of other credulous individuals are all paid to believe in the god they have espoused. But Kim Davis, the jailed Rowan County (Ky.) clerk, is not paid $80,000/$90,000 a year to believe or disbelieve in her god.

The taxpayers assure her a livelihood based on the governmental functions she is authorized to perform. For $80,000 a year, I can imagine there is some incentive to perform those duties faithfully and possibly even well.

But Kim Davis is in the slammer, holding out for both her salary and the high moral ground. Kentucky doesn't mention gay marriage in its oath of office, but that's not enough to slow Kim Davis down.

"God's law" is not to be broken and Kim Davis is here to mark the breaking point.

At 49, it seems to me that Davis might credibly argue that when she took office in January of 2015, she was in whole-hearted compliance with the oath required of all Kentucky officials ... including an affirmation that she had neither fought nor acted as a second in any duel.

But then -- oops! -- on June 26, 2015, the U.S. Supreme Court ruled gay marriage was legal in all 50 states. Suddenly, the world in which Kim Davis operated had changed the rules. Her whole-hearted compliance was (though not by her choice) revised. The fickle finger of fate had hung Kim Davis out to dry. For almost thirty years she had worked in the clerk's office. Kentucky allows state officials (Kim's mother was a longtime clerk) to hire family members and, in Kim's case, to set salaries. All that time in office; everything working fine; and now this!

It seems now that Kim Davis wants both to keep her income and assert the beliefs and opinions that are not requisite or relevant to the position. She now sits in jail, declaring she will not honor gay marriage licenses and will not certify those licenses certified by her assistants.

If the pope were to let his faith waver, you could imagine firing him. But in the case of someone whose faith has no bearing on what a taxpaying citizenry might wish to accomplish ...?

As numbers of others have already commented, Kim Davis' principled stand might be more credible if she simply gave up her governmental salary and praised the Lord on her own time. But for the moment, she seems determined to keep both the income and the high moral purpose. And there are others in and out of Kentucky who agree with her. The kindness of her religious convictions seems to reach so far and no further.

PS. In the course of a cursory bit of research on this topic, I did run across the following description of Davis' personal life. It's not particularly relevant to the issues involved, but it did manage to make my jaw drop ... Henry VIII's love life was a snap by comparison and Kentucky seems to be a land of familial overlaps. Anyway, Wikipedia says...:

Davis has been married four times to three different husbands, the first three marriages ending in divorces in 1994, 2006, and 2008. She is the mother of twins, who were born five months after her divorce from her first husband. Her third husband is the biological father of the twins, who were adopted by her second husband, Joe, who is also her fourth and current husband.
Joe supports her stance against same-sex marriage. One of her twin sons, Nathan, works in her office as a deputy clerk and has taken the same position to deny marriage certificates to same-sex couples.

Into the land of the Jukes and the Kallikaks ... or that's the way it feels to me. A realm of backwardness and transmitted ignorance ... an assumption unnecessarily generalized and broad-brush insulting but with some grain of truth flavoring it. Sorta like Forrest Gump: "Stupid is as stupid does."