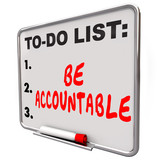 If, as I imagine it, everyone invariably embraces what they claim to abhor, what honest conclusion can be drawn? I don't mean this in some snarky, intellectual sense, but rather in a sense that will address the desire to be happy and at peace.

To cite one admittedly-inflammatory example, I think of those who adamantly oppose abortion, calling it "murder," calling on the "sanctity of life as given from God," calling on a variety of biblically-linked encouragements ... it is heart-felt stuff: Life is sacred, ergo....

But the same people who oppose abortion often turn out to rally bearing an American flag to indicate a patriotic connection with their ethical cause. Abortion, the implication seems to be, is not only antithetical to God's will, it is also antithetical to American values that live cheek by jowl with God's dicta, imagined and otherwise.

If life is sacred and abortion is murder, by what Jesuitical tapdancing do those who oppose abortion not likewise oppose the wars prosecuted under the American flag? Wouldn't you imagine they would be dyed-in-the-wool peaceniks? Life is sacred: Anyone who tries to suggest 'this' life is sacred but not 'that' one really has a narrow view of God and his or her dictates. Can anyone claim that sending Americans to be killed or wounded is somehow not disrespectful of life? Can anyone claim that the Afghan woman weeping over the dead baby in her arms is not butchered by the same sorrow that slices the parents of babies who have grown into young adults? C'mon -- don't be an asshole.

But of course we are all assholes, waving the flags whose colors we strike at the first sign that my whims and whimsies, attachments and greed will not be assuaged. I really do abhor whatever-it-is ... and am as capable as the next fellow of creating a smarmy matrix of 'principles' to support my position ... and yet, when circumstances demand, I lower the flag and descend into the very hell I have claimed to abhor.

In Oregon yesterday, nine/10 people were shot and killed and another seven wounded (figures vary) when a 26-year-old gunman opened up in an Umpqua Community College classroom in Oregon. The motive(s) have yet to be sorted out and nailed down in the way that always follows such horrors ... if you name and describe, somehow the deed is more manageable and it is easier to go back to a previously-held matrix.

As if to bring perspective to a situation riven in Oregon by sadness there was this:

Step-sister Carmen Nesnick told KCBS-TV the shooting didn't make sense.
"All he ever did was put everyone before himself, he wanted everyone to be happy," she said.

"He wanted everyone to be happy" ... as if that stood in contrast to the deeds committed rather than being seen as a contributor and support mechanism for those deeds. There is something to be said for a certain wariness when someone wants "everyone to be happy." Who knows what lengths they will go to in order to insure their vision of what is desirable and what is abhorrent?

Up the street, my neighbors Mac and Claudia own a Toyota on whose rear bumper is a sticker that says, "War is not the answer." I cringe when I see it. "Of course it's not the answer, you smug twits!" I want to say. "A war whose horrors depend on "peace" for its definition will always be a war. A peace that depends on war for its definition will always lead to more war. Get real!"

Get real ... that's too crabby by half, I imagine, but making nice gets under my skin after a while. Making nice ain't being nice. But being nice requires an effort that is utterly personal. Or anyway, that's the way I see it: There's no way out of this adore-abhor world short of reflection ... and yeah, I would argue it is easier to shoot up a classroom.

Personally, I would prefer not to be guilty of what I abhor. I don't want to be tarred by my own abhorrent brush. I want to be good and happy and peaceful and smiley and ... you know, the sweet and enjoyable and placatory and praise-worthy and ethically elevated stuff. It beats the cruel stuff all to hell in a hundred ways ... but its mediocrity and incompleteness and falsehood has a way of coming around and biting me on the ass.


I have always taken a great vow that I would rather suffer the fires of hell for all eternity than to portray Zen as a human emotion.

Ah, my precious adoring and abhorring emotions. How I love them. How I will defend them ... perhaps to the death.

Isn't it enough -- or perhaps too much -- to know that I am accountable? Where else could there possibly be peace?