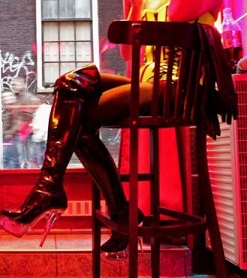 Dutch brothel owners must be able to communicate with sex workers in their own language to protect them from abuse, the EU's top court has ruled.

The authorities in Amsterdam were right to refuse a brothel owner permission to operate because he could not speak Hungarian or Bulgarian, the European Court of Justice (ECJ) said.
Brothels are legal in the Netherlands and must be licensed locally.But the authorities are trying to tackle human trafficking and abuse.
ECJ rulings are binding throughout the 28-member EU.