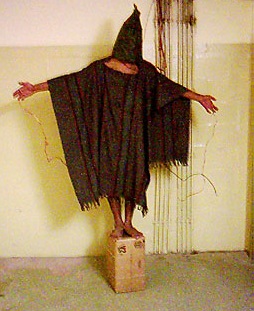 Once, the yardstick of a crime was the crime itself. Now, bit by bit, even considering a crime has apparently become a crime:

Under U.S. law, federal prosecutors do not have to “establish a link with specific terrorist activities” in order to charge a suspect with a crime, but only show a suspect intended to “support or join” a group the government has already labeled a terrorist organization, the paper noted.

The U.S. Justice Department has provided specific suggestions to governments in Europe and elsewhere on how to strengthen counterterrorism laws in order to arrest would-be foreign fighters before they join groups like Islamic State, according to a policy paper reviewed by Reuters.

And bit by bit. like the tortures at Abu Ghraib, the lawyers line up to declare it all legal and, no doubt, desirable.