an award for Donald Trump 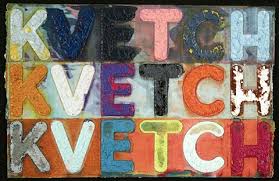 With the presidential election just days away here in the U.S. it seems to me clear that Hillary Clinton is going to win and Donald Trump is going to lose. As the first woman president, Clinton marks a milestone. But in my mind, she is a good ol' boy in girl's clothes: Post-election, the problems presented by politically-useful wars,  joblessness, banking malfeasance, infrastructure deterioration and a wide sense of social malaise will be precisely what they were before the rush for the presidency began. But OK ... Hillary will be president.

And yet, what about Donald -- the man who managed to grab every front page every day of the week, or so it seemed? Rowdy, self-referential and trailing the entire American press corps in his wake. I honest to god think he deserves a prize for showing my country to itself. I really think he deserves a prize and challenge someone to start a petition to make sure he gets it ... a real grass-roots welling up of sentiment for (at Barack Obama's associative suggestion)

This is a guy who took whining to new heights. True, "kvetch" may be too Yiddish, but it's the best word I can think of and Trump's capacity to whine has been unmatched. If Hillary needs to thank anyone for her presidential win, Donald Trump stands first in line. It may not be pretty, but there it is. He managed to disparage huge swaths of the American public (women, blacks, Latinos ...) in ways that most people might feel a twinge of sympathy for but managed to keep their bigotry under wraps. Trump flailed. He was illogical. He promised to deliver ... what?.... well, a gusher of emotion and whining and vitriol and disrespect for the country.

Will someone please work up a petition that acknowledges the slime and slither? And not just some slick millenial critique -- this all may be a silly suggestion, but it is also serious.