Passed along in email was this languorous essay on the separations imposed by increasingly popular social media ... and the meditation that can help loosen their vice-like grip. 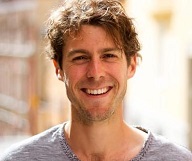 And, quite aside from the drug-like gadgetry that separates what it claims to conjoin, there is the single life lived by many Swedes and ex-patriots in Sweden, which has a less Miracle-Glued view of living a fulfilling life (marriage, children, partnership) ... and the loneliness that can evolve. Sweden has the highest proportion of single people in Europe and yet dating can be hard.
Posted by genkaku at 9:50 AM