Faced with two unpalatable options, some Americans are urging voters to reject both of them.
Given the tremendous antipathy towards Hillary Clinton and Donald Trump, many Americans will be holding their noses on 8 November and voting for the lesser of two evils - whomever they believe that might be. But some are calling for a total pox on both houses, in a vocal online drive to "Vote Nobody".
More than 100,000 people have liked the Vote Nobody 2016 Facebook page, one of the most popular of dozens of social media accounts actively campaigning against both of America's major party nominees. 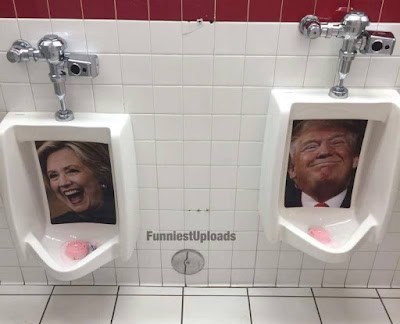