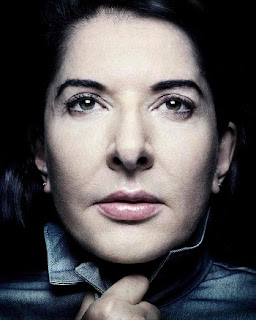 I think, but am not sure, that it was Aldous Huxley who suggested, "If the intellectual travels long enough and far enough, he will return to the same point from which the non-intellectual never started."

Associatively, but not in exact parallel, I wonder if it may also be suggested that "if the crazy person travels long enough and far enough s/he will return to the same point from which the crazy person has never started."

A Guardian article about Marina Abramović put me in mind of the question.
Posted by genkaku at 12:05 PM