bring in the thugs 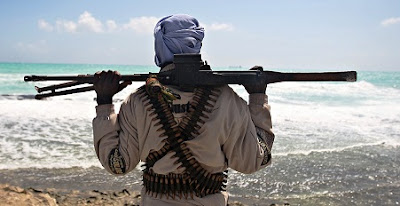 -- A regional newspaper in Mexico says the violence against journalists and the lack of punishment for those responsible is forcing it to stop printing.
In an editorial, Norte de Ciudad Juarez said Sunday's print edition would be its last. Its editor said the digital version would also be closed "soon".

-- A Jewish community association in northern Sweden has decided to close following a series of far-right threats, seven years since it opened. Their centre in the town of Umea was targeted with swastikas and daubed with messages like "we know where you live", and a car was vandalised, TV said. Miroslava Breach, a journalist who worked for the paper in Chihuahua city, was shot dead last month.

Just a couple of stories on the fringes of what passes for news these days ... the impact, whether overt or covert, of white collar and other thugs. In the first story, there is poor reporting: What is the circulation of the paper ... its impact and import? There is no nut graf with the however-fleeting background of the paper: Is it a real paper, or just some piss-'em-off mimeograph looking to get some attention? No matter, in one sense: Thuggery is scary and socially ruinous at whatever level.

And the same is true for the Swedish Jews who, it might be hoped, would look into their own mirror and reflect on the thuggish treatment of Palestinians ... who can be equally adamant and cruel but aren't well enough armed to proffer much kindness.

The thugs make their mark. The newly-constituted U.S. State Department has yet to hold a press conference in the wake of Donald Trump's ascendancy. While it can only be a precursor to the war the U.S. slips into, still the State Department offers some cushioning when the aging white men pretend to reshape the government. Now, after some prodding, the vehicle for trial balloons and potential policy and saber rattling appears to be back on track.


Washington (CNN) -- The State Department on Friday announced a date for resuming press briefings, after an unusual six-week hiatus.

The thugs wash up on the earth's low-tide shores like Evian water bottles in the bay. Piracy is apparently being refreshed in Somalia. The thugs are getting their way, but will they like what they get. If they win, will they actually win?


Piracy off the Somali coast - usually for ransom - has reduced significantly in recent years, in part because of extensive international military patrols as well as support for local fishing communities. At the height of the crisis in 2011, there were 237 attacks and the annual cost of piracy was estimated to be up to $8bn (£7bn) .... Somalia is currently in the grip of a famine.

In Japan, whose shit, if you ask the ruling class, does not stink (like that of the U.S.), the resurgence of a military capacity is on the rise once more.

Perhaps a starting point would be to differentiate the thugs from the thugs during the mounting, far-flung accretions. Good luck with that. I've got better things to do, some of them more worrisome than a Jesuitical parsing of 'thugs' Mine is precisely the kind of agenda the thugs count on as they steal ships and amass territory and threaten others under the color of decency and safety.