WWI: America slaughters its own?

One hundred years later, there are some who remember -- somewhat condescendingly -- World War I, "the great war," "the war to end all wars." We've come so far since that primitive effort in barbarity and glory. On April 6, 1917, America came in with England, France and others who had previously suffered alone "over there." The United States was not enthusiastic. Many were capable of remembering the horrors of a bloody Civil War. But German U-Boot depredations (how ungentlemanly!) helped to move things along.

The war was a reality check. Honor and glory and manliness dwindled. The machine gun, the submarine -- oh hell, the waxing ego -- shifted the wonder of decency in warfare. It was a Donald Trump sort of thing -- You want nice? Tell it to your Aunt Fanny!

Well, I am treating WWI with a thinly-tinted brush. Despite America's war losses which were overshadowed by those of other nations, what continues to interest me about WWI is the advent of the Influenza Epidemic of 1918-1919.

Despite the virulence of the disease and the knowledge that close quarters helped to spread the 'drownings', America joined the war effort and sent its troops off to war in enclosed troop ships. I believe I read or heard somewhere that this salient fact was hushed up as America's young men were sent overseas.


[D]isease, including the 1918 flu pandemic and deaths while held as prisoners of war, still caused about one third of total military deaths for all belligerents.

Is there another way to read this: It was worth subjecting youth to death so that they might enter circumstances that carried a high risk of death? Slaughter them so that they may be gloriously slaughtered? 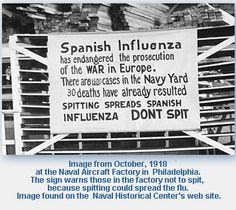 The flu epidemic claimed between 20 and 40 million worldwide. "An estimated 675,000 Americans died of influenza during the pandemic, ten times as many as in the world war."

PS.  Japanese Prime Minister Shinzo Abe must be doing a little victory dance at his ability to lend a 'helping hand' with the was on "Islamic State." The boys with the katanas must be  salivating in the wings, just like exceptionalist everywhere.

Is there anyone left to parse this emperor-idea that is wearing a gown marked "terrorist?"