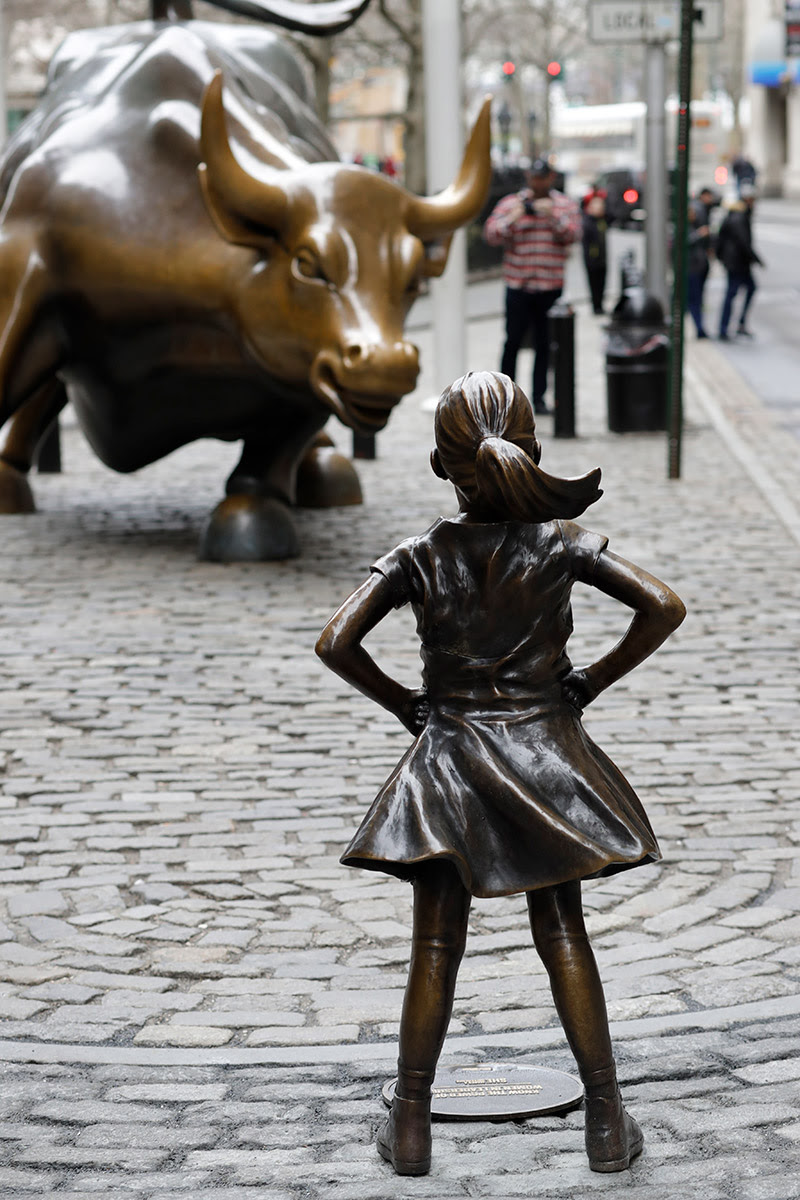 The sculptor that [sic] erected Wall Street's Charging Bull statue is complaining about New York City's decision to allow a nearby statue to remain in place.
Italian-born sculptor Arturo Di Modica says the Fearless Girl statue, which was placed nearby during International Women's Day, is a copyright violation.
His lawyers argue that the new sculpture's presence changes the artistic meaning of his famous statue.
Mr Di Modica's statute was installed in 1987, without any city permits.

It is hard not to see the bull-sculptor's complaint. The (unpermitted) bull sends a very powerful message -- the kind of message that Wall Street winners might like but not always attain. The "Sez who" stance of the girl may in fact dent the testosterone-laden charge of the bull that no one apparently questioned in the first place (is it promoting the social good to encourage people to make a living by gambling?) In fact, to my mind, the girl gives the bull a much-needed reality check ... didn't we have a financial downturn in 2008 that no one dared to call a "Depression" because that name had already been used?

I do hope Mr. Modica finds the commissions he seems to be seeking by filing a suit against the little girl.