let's not discuss it 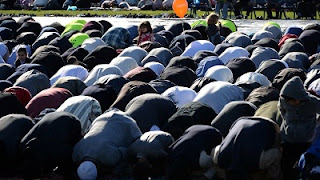 A proposal by an Australian Islamic group to allow "safe spaces" for young Muslims to discuss "inflammatory" issues has sparked a row.
The Islamic Council of Victoria (ICV) said such forums enabled young people's opinions to be "respectfully and intelligently debated and challenged".
But State Premier Daniel Andrews said he was "very troubled" by the idea of a space where people "could be radical".

Still, there is something to be said for considering it.
Posted by genkaku at 7:33 AM