the downside of positive reinforcement 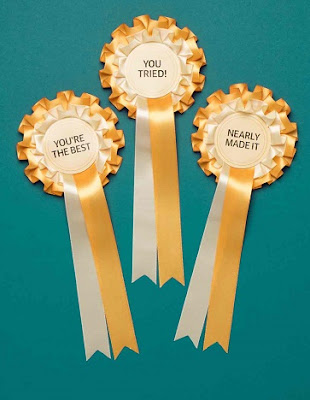 The flawed yet infectious notion that, in order to thrive, people need to be treated with unconditional positivity first gained traction in the late 80s. Since then, the self-esteem movement has helped transform the way we raise our children – prioritising their feelings of self-worth, telling them they are special and amazing, and cocooning them from everyday consequences.
One manifestation of this has been grade inflation. In 2012, the chief executive of British exams regulator Ofqual admitted the value of GCSEs and A-levels had been eroded by years of “persistent grade inflation”. In the US, between the late 60s and 2004, the proportion of first year university students claiming an A average in high school rose from 18% to 48%, despite the fact that SAT scores had actually fallen. None of this, says Keith Campbell, professor of psychology at the University of Georgia and expert on narcissism, serves our youngsters well. “Burning yourself on a stove is really useful in telling you where you stand,” he says, “but we live in a world of trophies for everyone. Fourteenth place ribbon. I am not making this stuff up. My daughter got one.”

To mix metaphors a bit -- the horseshit comes home to roost.
Posted by genkaku at 10:17 AM