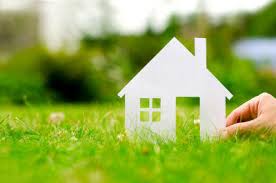 I had thought my neighbor Doreen was going for a brain-cancer operation yesterday, but instead I heard her talking across the street on her porch, ambled over and learned that the operation (remember to call it a 'procedure') had been bumped to Tuesday and she had returned. She, her mother, and another neighbor were chatting.

Doreen had a newly-minted C-shaped and stapled scar in the vicinity of her left ear and another shorter scar high on her forehead, at her hair line. She seemed to be in fine fettle -- chatting and touched by all the attention she was getting (there's some worldwide prayer circle rooting for her, among other things). When I asked what the doctors had told her, she said, "They got it all."

The cancer had migrated from her lungs, for which she had an earlier ... uh ... procedure. Steroids kept her pepped up. She was not allowed to take a shower and other indignities circumscribed her newest lifestyle, but ... she had the energy to keep up a good face. Had the doctors 'got it all?' I don't know, but I hope so.

After a while, the two of us were alone on her porch and Doreen said she always enjoyed talking to me. She said things had changed -- her priorities ... the stuff she considered important. She couldn't really nail it down, but her words made me think that something inside was shuddering, sort of like jars on the shelves that tinkled in an aftershock earthquake: The jars stayed in place, but it was clear they might fall and break and ... life's presumptions and assumptions were not so easy or assured.

I think everyone has a reality motor that hums below with surface of social being. It's the way things are and everyone knows it, but it takes a jolt of some sort to float it to the surface. It's nice to have assumptions and presumptions and go about life's business dressed in some affable underwear. I don't want to linger over my health and its fragility. It's boring and nothing gets done and yet ... well, there it is, insisting, in the wake of an aftershock.

Well, I guess that's the way of things: If you don't think about or address death, that's no reason why death will decline to think about or address you. It really is annoying ... thinking about health and what to do to preserve it. Since others do not yet pick this particular nose, thinking about death puts people at a lonely remove from the general flow of social interaction. And you can't unthink it. Worse, you cannot fix it: Everyone knows the truth when they hear or live it. So, if previous assumptions are tinkling on the shelf, how do I reach the false assurances I once commanded? I want to believe and yet, all of a sudden, belief simply doesn't cut it.

Things are clearer than they once were but clarity does not assure relief and release. Certainty, even when fabricated, is so much cozier than uncertainty. Shitpissfuckcuntcocksuckermotherfuckertits ... as George Carlin might say. The best I can figure is that when something is inescapable, the only useful activity is to go towards it....

Not that that solves much of anything. :) Revamping a long-standing habit like belief is exhausting just to think about and yet ... what other choice is there?
Posted by genkaku at 8:26 AM