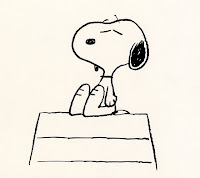 Back to the nudgings that ebb and flow -- that insist only to evaporate like wood smoke in the evergreen boughs above. Wouldn't you think all that effort, all that time, all that solemnity that morphed into seriousness under the guise of seriousness would amount to something, some answer, some satisfaction, some unwavering conviction...?
****

As the crow flies, it all began around 1975 when the decision/question enveloped me: Was spiritual life true? I  decided to find out. As a newspaper reporter at the time, the question shaped itself in the newspaper reporter's directness: "I want to know if spiritual life is bullshit or not." In this instance, I did not want to know as a means of convincing anyone else. The blood of this lamb was strictly for my own washing. Mohammad, Jesus, God, Buddha, Vishnu ... screw the names and swoons and promises. Was ... it ... true? No-fucking-fairy-tales true?

No more was I interested in the philosophical or psychological need to be in control with explanations and tome-like disquisitions. No scripture need apply. Just ... was it true? How and why the question took on urgency at the time was just more smug crap. I suppose I can say I felt bereft in some sense, but there were no eureka events impelling me -- no deaths of the near and dear, no break-ups of romantic relationships, no waxing sense that I would die and I wanted a happy hunting ground, no drugs forsaken.

Bereft -- that's as quick and dirty an impetus for the question as any. Psychologists, philosophers, TED talkers and others wishing to find and be control of some 'meaningful' answer can take over now. They want to know whose heart they can strum. I just wanted to know. "Why?" -- the question was and remains irrelevant.

Know for me. In my terms. Without any smarm. Is it bullshit or not?

And now, as the crow flies, it's 50-plus-or-minus years later and ... was it worth the effort? Is it true or not. Why, after all that time, do I conclude that the only possible conclusion to a serious spiritual adventure is to give it up, to give it away ... forgetaboutit! Seriously -- what are you doing with all those sap-sucking nostrums that drew anyone forward in their laughter or tears or brief flashes of wide-open lightning? Stop lollygagging about in all that stale bread that once nourished and informed.

Stop it! If you can give up cap pistols and dolls, surely you can give up spiritual adventure. Not be lured by humanists and psychologists and philosophers and priests and atheists and agnostics.... Just give it up.

What other use or usefulness could there be?

Is it bullshit or not?