revisiting what is settled 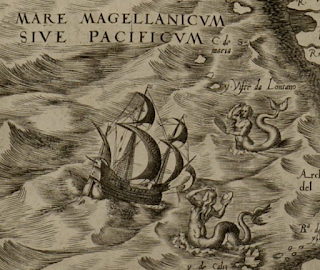 Today, a friend passed along a story about a Buddhist organization whose ranks have been shivered by sexual misconduct allegations. And the Associated Press offers a piece about the Vatican and its non-policy about policing pedophilia within its Roman Catholic ranks. Two stories in a realm I once chose to muddle around in -- the land of the 'spiritual.'

I wonder idly, as I peruse the same old stuff in two vaguely-different venues, if anyone doesn't reach a point in life when things seem out of kilter, when the old answers don't quite measure up, when something knocks at the door and suggests that a new configuration of biases and allegiances isn't warranted. Doubt veils the pristine scene ... there are increasing flies in the hitherto acceptable ointment.

And not just spiritual life. Anything. Any topic. Any venue ... is there something anyone may have chosen with gusto and are willing to see through to the end, but, but, but ... suddenly the 'but' flies sizzle and buzz. The wonderful job. The good marriage. The philosophy that won't quit. The enduring friendship. The meanings and importance seem to wobble and seek out improvements and yet the willingness to quit and poke around is not in play. This time ... this time, by God ... I'll get to the bottom of it ... warts and all. No more all-talk-and-no-walk. No more philosophical razzmatazz. What's the truth? What's my truth?

Do all people hit such a wall? I have a hard time imagining that they won't or can't hit such a wall, but I am naive. Questions are sometimes just too damned daunting. Too spooky. Too up-tearing. I need something to hold on to. I won't let go ... seriously. So, squelch the doubts, plaster the widening cracks ... "you'll get pie in the sky when you die" and there is no willingness to append the harmonic, "it's a lie." Just to consider it is too much.

I am naive. Old meanings may suffice. Throw enough old Jell-O at the wall and some of it is bound to stick.

Is that a matter for sadness or not? I think it's sad not to pick your topic and then really dig in, but I am naive.

Imagine if meaning had some meaning ... or didn't.