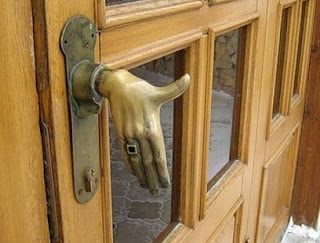 Somehow there's a suspicion in my suspicious little mind that the financial pig trough got a little deeper as the D.C.-desk-bound sensed a threat and began believing its own 'terrorist' agitation-and-propaganda handouts.

The occasion for this suspicion was an Associated Press story that tried to document the foreign-born/linked who joined the U.S. military and were promised a fast track to citizenship based on that service ... only to find themselves in recent possession of unexplained/undocumented discharges from the military, thus tearing up the contract already made. These were men who had relatives/links in foreign countries and were thus, vaguely detailed, open to questionable allegiance, even if they had been given a good or excellent allegiance rating.

Back in the early 2000's when the U.S. was quietly and not so quietly invading the Middle East, one of the complaints was that there were not enough native-language speakers among military forces. There were language schools available in the U.S., but the time it took to train a linguist was expensive and slow (someone once told me, but I had no way to confirm, that it cost $1 million to run a background check on my lily-white past before I went to language school ... and that didn't include the classroom time for a relatively easy language like German. How I now wish I'd taken a 'hard' language like Arabic or Russian or Chinese). And, assuming all the true-blue Americans could learn a language, there was always the disadvantage of skin color.

Imagine how much more cost effective it might be to induct someone who already knew or might know how to speak a foreign language. And were the right color. True, they might be a risk (like Maj. Nidal Malik Hasan who killed 13 and injured 30 at Ft. Hood in 2009. A U.S. Senate report (the same senators who sent their children to join the military, right?) dubbed the Ft. Hood fusillade, "the worst terrorist attack on U.S. soil since September 11, 2001". But I know of no comparison of foreign-sourced military members who DIDN'T go off the deep end when compared with the number who did.

Aaaaanyway ... 'terrorism' fills the land these days, even as it fills the pocketbooks of those paid to 'root' it out ... a fact that never seems to receive any confirmation: Authorities arrested someone, sure; they suspected terrorism, sure; they broke down the wrong doors only occasionally; but what was the outcome ... did they ever prove a single terrorist thing? There's a lot of money tied up in the suspicion business, especially for a government planning to go to war because it cannot pick up the tools of peace.

Were there terrorists among the foreigners who got screwed out of the citizenship deals they had been promised ... well, maybe, maybe, maybe ... Did any of them speak desirable languages, languages that might grease the war wheels as the U.S. ups its war-ante in the Middle East? Dunno ... but they're foreigners and we all know what Donald Trump thinks of foreigners, women, blacks and browns ... there ain't no trustin' 'em, Festus! Terrorists in the makin' I betcha.

"Terrorism," the word that came to wild popularity in the 2000's among those seeking to cement their positions and paychecks. Don't ask and don't answer any hard questions (what does it mean; whom does it seem to target; what is the outcome of all the shadowy investigations that never seem to produce concrete outcome(s)) Keep an eye on the foreigners who might bring some intelligence to the intelligence game ... they could snap, right? I know ... mortgage payments are no joke. Keep the spigot open, maintain the fear and bigotry levels ... we may not be able to do peace but we sure as fuck can do war... no verbalizing necessary or invited. 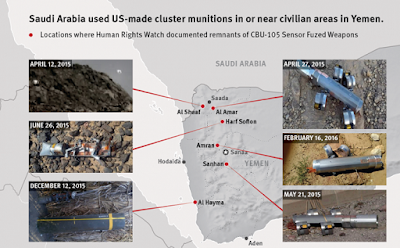