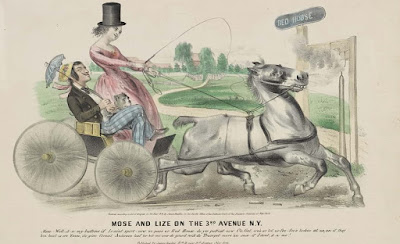 With regressive gender politics and a restrictive legal system, the Victorian era is not exactly remembered as an empowering era for women. But the Museum of the City of New York is shining a light on a set of oft-forgotten figures: the 19th-century heroines who broke all the rules in a new exhibition called Rebel Women, a tribute to the “nasty women” of the era.
It’s an intimate collection with more than 40 objects on view, including old photographs, fashion garb, posters and poems illustrating the lives of New York’s female activists who fought for equal pay, abortions, divorce and “free love”.

Meanwhile, on the Roman Catholic front... a virgin who is not a virgin can still be a virgin:


In a statement, the US Association of Consecrated Virgins, which says there are 235 consecrated virgins across America, said the document was “deeply disappointing in its denial of integral virginity as the essential and natural foundation of the vocation”.
“It is shocking to hear from Mother Church that physical virginity may no longer be considered an essential prerequisite for consecration to a life of virginity,” it added.