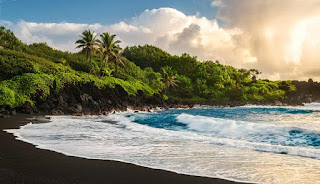 Is Hawaii an invaded country or a state within the United States?


The claim that Hawaii is still a part of the Hawaiian Kingdom (not the US) is not new. In fact, it’s a sticky political situation that has led to court cases and provided talking points to more than one US president. But public conversations on the topic still have the air of a conspiracy theory, because the idea runs so counter to the day-to-day administrative and governmental operations in Hawaii. As such, the subject tends to be avoided by Hawaii politicians. The tropical island chain, located in the middle of the Pacific Ocean, 2,467 miles from the continental US, became a state in 1959. And for most people, that’s more than enough evidence that it’s part of the US.