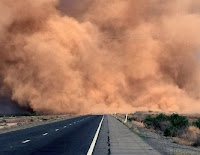 In a time when the Liar-in-Chief -- the man who never met a lie he might not embrace nor espoused a truth he would defend -- has thrown a spanner into the worldwide mix [Brexit, a migrant caravan knocking from Mexico on U.S. doors, wild fires in California with a smoky pall stretching to New York, corruption, collusion, lies, etc.], it is perhaps understandable that individuals like me might back up (should I used the word "cower?") into lesser, more graspable, more individualized formats.

Such a story, one that Donald Trump has not yet turned to his personal advantage, is the tale of the come-to-Jesus Christian slain on an island that was off-limits by law to outsiders. John Allen Chau, 27, traveled where he was prohibited in order to spread the word of God. He was "killed by North Sentinel islanders who apparently shot him with arrows when he trespassed on the isolated island in the Bay of Bengal."

Is someone any less an asshole because s/he and s/he alone decides what is more important?  Why is it that smarm-fed Christians cannot seem to even consider the short and sweet, "your Jesus? My ass!"

A sense of virtue is something Donald Trump asserts without palpable evidence, but that doesn't mean he's the only one: It seems that anyone can contract the virtuous-intentions-are-equal-to-virtuous-outcome bug: If it's for Jesus, it's OK to break the law and exercise your ignorance gene.

Still, Chau's story is a relief, somehow -- a bit of humanity writ clear. It's a story far easier to ingest and digest than the Dust Bowl of confusions and prevarications Trump offers. A bit of clear sailing before a return to the storm. A one-man story ... yes, I can dig it.


I like small stories as we circle around the glug-glug drain.
Posted by genkaku at 10:37 AM