The U.S. president was peddling himself in the midst of fire-ravaged California yesterday/Saturday ... which was enough impetus for me today to flee into lesser catastrophes less tainted with bullshit overload.


“Here, in this retirement home of language once inhabited by Charles Dickens and Oscar Wilde, these gems of the English language will soon be forgotten unless we make an effort to use them at least once a day. Otherwise, they could become extinct within a generation.”

“Among these words are such corkers as juggins, fizgig, hobbledehoy and condiddle.” Also apparently-endangered are [defenestrate, caterwaul, crapulence, amanuensis, pettifogging, trollop, vamoose, lickspittle and conk, according to the Guardian column. Right or wrong, at least it's an honest concern. [Boldface added]

Also in the email inbox this morning was yet another wail that so feckless a commander-in-chief should be in charge -- or even part of -- the national conversation. 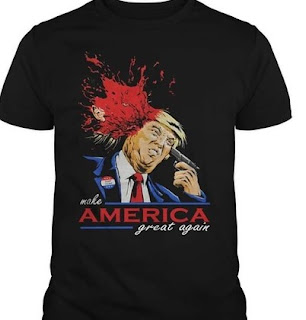 I wonder whether Democrats, who are currently unemployed as they try to find an agenda they can stand behind, would consider passing a bill that would require the chief executive (or any other politician or pundit) to issue supporting evidence every time s/he refers to "fake news" or resorts to criticizing individuals or programs as a means of burnishing his own (unstated and unsupported) truth... as when the president dissed the fire-prevention measures before California was so badly hurt.

It is hard not to sympathize with California resident and once-Trump-supporter Kirk Ellsworth and his take on a Trump visit to Ellsworth's savaged environment:


When asked about the president’s visit to the area, Kirk Ellsworth, whose adult children lost their homes in the fire, shook his head in disgust.
“My kids lost everything. I voted for him – and now? He can kiss my red ass,” Ellsworth said. “What he said was ridiculous. It hurts my heart. A lot of us voted for him and he [talks] down to us?”

Is it any wonder that a mook like me flees into lesser catastrophes?
Posted by genkaku at 10:21 AM