what day of the week did you say? 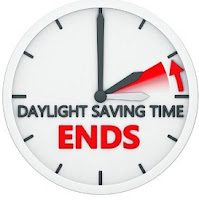 If even an intellectual can know that naming the days of the week is mere convention, it can't be rocket science. And yet it is so strong a convention that I continue to marvel and flutter at the recognition that I have forgotten what day of the week it may be. You might think I'd be a-twitter that I had remembered and not that I had forgotten.

And by extension, I am the amalgamation of my conventions -- conventions that make me socially acceptable, perhaps, but not assuring any sort of actual-factual truth. In a conventional sense, I am Sunday -- I am I -- but must this recognition eradicate or dispose of the facts? I don't think so. A pulsing and insistent convention is just that. But the fact that it is "just that" needn't necessarily turn its nose up to the fact that Sunday is not precisely Sunday any more than I am actually I.

Increasingly, these days, I have to check in with someone or some computer thing to recall my social convention. It's Sunday, I am informed. OK, no need to worry. I am on terra firma ... except that the terra firma, while being terra, is much less than firma.

I guess all of this jibber-jabber takes root in the fact that daylight saving time is about to reverse course in the wee hours of tomorrow morning: Clocks will be set back an hour to accommodate the farmers of yore.

"Tomorrow" -- another social convention that's hard to break away from however intellectually obvious it may be. I am the sum of my conventions and my conventions need readjusting.
Posted by genkaku at 11:03 AM