and don't you forget!

In a nod to my 10-year-old's infatuation with war movies, my mother once took me to see an adventure about submarines during World War II. About halfway through the movie, she got up to leave, telling me to come home after it was over. But why was she leaving? How could she leave when it was so exciting? How could she ever know what happened in the end if she didn't watch to the end? I was perplexed and flabbergasted all at once. 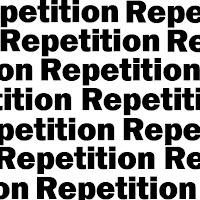 By way of abbreviated and whispered explanation, she said, "You see that that young guy, the one who doesn't need to shave? Well, before the movie is over, a torpedo is going to fall off one of the racks and injure him." And then she left.

About fifteen minutes later, a torpedo rolled off the rack and injured the actor/submariner.

How the hell could she have known that? I knew she hadn't seen the movie before, so how could she possibly know? I tried putting it in the Moms-know-everything explanation folder, but it really didn't work. How the hell did she know?

In ancient times, before anyone could read and few could write, there was an oral tradition among tribes and civilizations. Stories were told over and over and over again. Each retelling brought with it a subtext of "and don't you forget it." And as a result, people didn't forget and tales passed from generation to generation and cemented to overall story of the tribe or civilization. In more modern books, the same tradition can be seen -- things repeated over and over and over again in books that can be gauged not so much by the number of pages as by the poundage. The repetitions were necessary so that the message would be clear: "and don't you forget that."

And you don't forget.

But of course you do.

Why else would anyone go to the movies or take up a spiritual practice in the first place?

The torpedo is going to fall on the kid. It's your choice whether to sit through the movie or not.
Posted by genkaku at 12:06 PM