As a woman who had devoted much of her professional life to writing and a very sharp intellect, my mother once told me that she had pretty much given up on a similarly-inclined female friend. Being around this woman had once been a pleasure but had become a burden. And when I asked why they had drifted apart, my mother observed tartly, "She's the kind of person who gets out of bed and insists on discussing Dostoyevsky before I've had my first cup of coffee."

Yesterday, I was chatting on the phone with a friend who, like me, had devoted a good deal of time and effort to Zen Buddhism. We are just a couple of old farts now, but once we had been pretty hot-to-trot when it came to Zen. 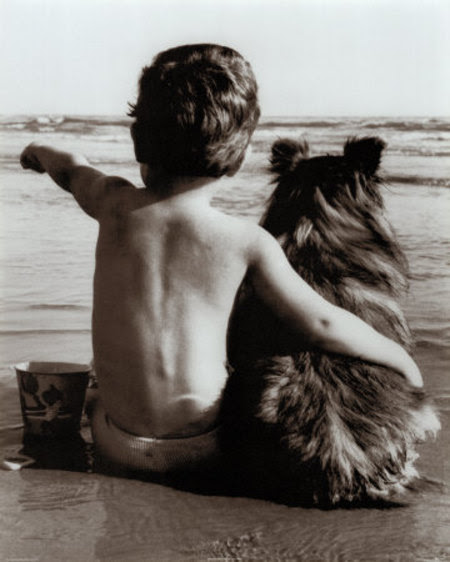 My friend had received an email from a psychologist who wanted something my friend was in a position to provide. My friend read me the email over the phone. The email not only made its request but also droned on and on about Zen Buddhism and my friend's past accomplishments and sterling behavior... and by extension, the writer's devotion/interest in the topic.

"Did you ever find yourself wishing that people would shut up about Buddhism and just say whatever it is they have to say without all the blah-blah?" I asked after he had finished reading. "Ohhh shit!" he replied, "I know exactly what you're talking about!"

Neither of us was unaware of the very human and touching nature of a spiritual effort -- of the day-after-day, week-after-week, year-after-year sweat required -- and neither of us would ever turn away an honest request for support. And neither of us was immune to kind words. But too ... it was like discussing Dostoyevsky before a much-needed cup of coffee ... give it a rest, will you!

What is the point of any area of expertise, the chosen field in which anyone might toil for so long?

Baseball, marriage, stock broker, cook, soccer mom, academic, police officer, car mechanic, spiritual devotee...? Whatever the chosen field, there is a lot of effort, a lot of ups and downs, a lot of accomplishment and failure. And each realm provides a prism through which to view every other endeavor, a way to make sense of what others do and say. The endeavor focuses on what the individual likes or needs ... and along the way provides a safe haven of definition and meaning.

But that safe haven and meaning may bore the socks off someone else. Dostoyevsky before the morning's first cup of coffee -- ohhh shit! More interestingly, the safe haven of definition and meaning may begin to bore the socks off the one who has established and nourished a particular expertise. Instead of a safe haven, that expertise may begin to feel like a noose from which A. on the one hand, there is no escape and, on the other, B. the expertise is such an old friend that forsaking old friends is scary: I may hate the noose I have put around my throat and yet I love it as the best security blanket of personality I can find. I may wriggle and writhe in an attempt to hold on to old friends -- Zen Buddhism, for example, can be held up as a "lifelong" or "endless" practice, for example -- but with time, the noose merely gets tighter.

What's the point of a given bit of experience or expertise? Where is the peace in it? No one wants to burble on and on and on and on about baseball or marriage or selling stocks or spiritual life. It's too one-note, too grasping, and too noose-prone boring. But how to escape when there is no escape?

Forsaking old friends. How about it?

Once upon a time, an area of expertise may have been a pedal-to-the-metal effort ... an effort well worth making. It may have been the prism and a security blanket that old friends can be. But the point of the expertise is not so much to be an expert as to be able to set aside that expertise and then pick it up when necessary. Whether anyone is an amateur or an expert is not the point. Possibility and choice are the point. No need to be boring about it. No need to put a noose around the throat.

How could anyone forsake an old friend when old friends are all anyone has? Why would anyone bore themselves to death when their lives are so interesting? Gotta goal? -- go for the gold! Gotta cup of coffee? Savor the coffee. Gotta drive the kids to soccer or perform a Buddhist ritual? Sure ... old friends are just old friends. What idiot would try to keep them or forsake them either? If you are the circumstances, be the circumstances ... don't insist or improve. Sometimes an expert, sometimes an amateur ... same stuff, different day.

... if any of that makes sense or is less smelly than an athletic sock after the big game.
Posted by genkaku at 8:18 AM