The first story idea that ever took me by the throat came as I lay in bed one night. I was in the fourth grade, at boarding school, and the thought crept up in the darkness: Wouldn't it be interesting/funny if a mouse (the protagonist) stuffed a cloth into a car's gas tank and lit it on fire? Why this was funny or interesting I don't know, but I do know that the force of the vision was insistent. It wouldn't let go and, somehow, I didn't want to let go of it.

The resulting explosion was the conclusion to a story I had not yet written or even conceived. But in the darkness, I did what every whole-cloth story teller learns to do ... find out the ending and then fill in the details of the beginning and the middle. I got up the very next day and wrote the story ... my first. It was pretty lame, perhaps, but I was off to the races.

With practice and years, I learned that beginning in the middle or even at the beginning was possible as well: Just find some riveting bauble -- something that might be made out of whole cloth and yet whose impact within was visceral and somehow consuming ... not at all whole cloth -- and build from there. 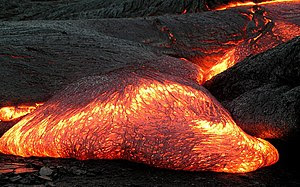 Like some bit of molten magma oozing out along an already-hardened lava flow, ideas pop up and are bright and fiery and ... well, how the hell did that happen? The question is rhetorical: The delight in the thought itself overwhelms any staid and studied analysis ... fuck that! This is magic and dissecting magic is like dissecting laughter ... churlish and self-serving and flavorless in the end.

There was a fourth-grade mouse, now largely forgotten, but this morning I recognized that the delight and wonder and magic I had felt then -- how the hell did that happen? no, please don't tell me! -- was alive and kicking.

It rose up in the person of a woman detective, Enormous Wainwright, who had come by her nickname on her very first homicide case. Having viewed a woman's bloodied body in the Manhattan living room, she entered a bedroom to find a boy of 10 or 12, the son, sitting on the end of his bed and crying. His head was bowed into his palms, but his body shook with sobs. "I am Detective Priscilla Wainwright," she said evenly as she advanced on the boy. The boy looked up in wild and reddened confusion and said, "But ... but you're enormous." "And you are lachrymose," she replied in neutral tones as she sat on the end of the bed with the boy and put her arm around him. "What does that mean?" the boy asked as if grateful to find any topic that made some sense in an insane world. "It means you are tearful and crying." And this sent the boy into a renewed tornado of tears, shaking against her breast ... and yet tears somehow reassured that in a world of insanity and sorrow there was one thing that made some sense.

Priscilla Wainwright was enormous. Not fat, but tall and strong and smart and, on occasion, fierce. She was a distant descendant of General Jonathan "Skinny" Wainwright, an American soldier who had lived through the dark days in the Philippines during World War II. This was not information Priscilla shared often. She didn't share it because she thought highly of it, but rather because times had changed and World War II had become a history lesson on which too many students got an F ... and there was no need to point out other people's ignorance. It was just her history, much as her six-foot-three-inch frame and the muscles she kept well-nourished and the curiosity she would never surrender were likewise part of her being.

When word got out that the boy had dubbed Priscilla "enormous," the name just stuck. There were a couple of unwise detectives who tried to use the name to her face in good fun, but she discouraged them with a scowl that bespoke other bits of her history -- like the fact that she had once squared off with a very large man wielding a tire iron and promising to split her skull open if she came any closer. The threat was barely out of his mouth before Priscilla stepped decisively forward, caught the threatening hand on its down-swing, broke the man's wrist and had him handcuffed before he could say ouch. No one called Priscilla "enormous" to her face without prior permission. The detectives backed off ... and called her "enormous" behind her back.

Actually, she liked the name. It fit, somehow, and was like her short brunette hair ... appropriate. Not disparaging or elevating, just appropriate. It was OK with her if "Charlie," her lovable and love-worthy bed partner whose real name was Ellsworth, called her Enormous. And it was OK if her superintendent, Jose, called her Enormous. And there were various others from whom she would accept and enjoy the name Enormous, but there weren't many.

With Charlie, it was just a matter of loving tit-for-tat. When the two of them had first begun to be attracted to each other, Enormous had made some passing comment about his byline on a newspaper story he had written. "Ellsworth Rample?" she said playfully. "It sounds like some upscale Protestant scion with lawns that someone else cuts." "How does that differ from Priscilla Wainwright?" he asked with a wry smile. And he was right. Names carried strange baggage and it was curiously incurious that people should accede to the names they had been given. "I think I'll call you Charlie," she announced. "And I think I'll call you Enormous," he replied. And they both smiled and finished off the Italian cuisine they had gone out to eat.

Why it was OK for her superintendent to call her Enormous was not clear to Priscilla. Jose was just a good and open soul who knew how to repair stuff around her apartment. He came from Puerto Rico, had a lot of children on whom he doted, and ... well, he was just a good person in Priscilla's book. And it was good and unusual good luck to know good people.

Charlie did in fact come from an upscale Protestant lineage. His great-great-great-etc. grandfather, Josephus Rample, had looked over the events of 1774 and decided that since God-fearing men were once again gearing up for war, there was no reason why he should not accede to that truth. Rample industries had started out by making cannon balls and other war munitions and today manufactured the drones that kept wars going ... though at a sanitized distance. That was Charlie's lineage he would admit when asked. He allowed the name "Ellsworth" to appear on his news stories because that was his name and because others wanted him to have a name. But he liked it better when Enormous called him Charlie.

Charlie, like Enormous, had been the beneficiary not so much of the stalwart courage or money-making acumen of the past, but rather had fallen into or had be graced or cursed with a habit of curiosity. News reporting, like detective work, relied on being able to connect distant dots and both Enormous and Charlie loved connecting dots ... sometimes seriously, sometimes just for the sheer fun of it. Dots without limit were a large part of the Crazy Glue that stuck them together.

Charlie was shorter than Enormous by about an inch, but there are no height restrictions in bed or in the realm of curiosity. They kept their dancing curiosity a secret between them, the willingness to swoop from jail cells to heavenly hosts without putting either too much or too little emphasis on any of it. They kept it secret because others rose in the morning and went to bed at night clutching specific dots in their hands. Neither Charlie nor Enormous wanted to insult or disdain anyone's cherished stuff. But they were not willing to be hemmed in by such stuff... life was more fun and more enriching than that. Charlie and Enormous were willing to be a dot in their closeness, but was that some reason to accede to dot-ness or to Ellsworth or to Priscilla?

"Lachrymose" -- what a good and diverting and utterly appropriate word when a woman's bloodied body lay in the next room. Dot by dot -- never the same and yet each lying in the others' arms like sweaty, satisfied, smiling lovers. 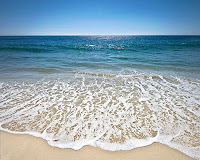 The only way I could get the mouse and the exploding gas tank out of my head was to go ahead and do it -- to try to make concrete the delight and magic that danced in my mind. Naturally, it didn't work, any more than writing about Enormous and Charlie worked. But giving things a shot is the only way I know to let them recede naturally like some retreating wave that has swished up on the sands and now returns to wherever it came from in the first place.

Swishing spiritual endeavor -- another dot -- sweet and smooth and unstoppable, rolling up the sands and then, once the movement has run out of landward advance, advancing to the rear ... back to wherever it came from ... magicland, perhaps.

Advancing, even when there is no place to get to.

Advancing ... what an Enormous idea.