I was fortunate enough yesterday to just sit in front of the television set and cry. If I had still been in the news business, I would have been forced to run around, gathering facts in an attempt to get the story ... the whole story ... the story that can never be told. As it was, I could just sit in front of the TV and ask nothing and say nothing ... and cry. No pretenses necessary. 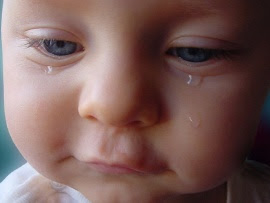 In Newtown, Conn., a 20-year-old man opened fire in a grade school. By the time the shooting stopped, 27 people were dead, 20 of them school children between the ages of five and ten. The nation and the news business swung into action. Parents, if they were anything like me, wanted to puke and scream both at the same time. Even the president of the United States, Barack Obama, seemed reduced to honest tears, as if playing president were nothing when compared to the violent death of a child, of which he has two.

On the television, the event was inescapable, every channel filled with frantic repetitions ... as if, by repeating in sonorous tones what was at first flimsy information, the whole story could be told, the explanations could gel, and the bits of an exploded world be put back into the bite-sized, well-organized  morsels that guide less saddened times.

Lounging on the couch last night, watching TV, my son seemed to get it. "When do you think it will be over?" he asked. He did not mean that he was irritated because some favorite program had been preempted, but rather that he sensed there was something incomplete and repetitive and human and false in trying to 'make sense' of it all. "Two or three days," I guessed, "with maybe a couple of days of gun-control posturing."

I felt lucky to cry. When there is nothing to be said, why say anything? What's the matter with tears ... wracking, gut-wrenching, consuming tears? Tears are like music -- they reach to the furthest corners of the universe without ever lifting a finger.

The "whole story?" Don't get me started!

Once upon a time, whether in myth or reality, the woman Gotami cradled her dead baby in her arms and went to Gautama (the man referred to as the Buddha) for help. Please, she begged, bring my baby back to life. When Gautama said he could not do that, Gotami just begged some more ... please, please, please! The grief was too huge, too consuming ... there had to be a way to fix it ... please, please, please! Gautama was not unkind, but he was truthful: There was nothing he could do. And still Gotami begged. Finally, Gautama made a suggestion: He told Gotami to bring him some mustard seed from a house in which no one had died.

On the surface, it is hard not to imagine that Gotami heard this suggestion as a quid pro quo: You bring me some mustard seed and I will revive your baby. But it is also hard not to imagine that Gotami herself knew how fruitless her request was ... no one returned from the dead and she knew it. Whatever her state of mind, Gotami took up Gautama's challenge and set out to beg for mustard seed. In house after house, residents were more than willing to give her a few mustard seeds, but when she asked if anyone had died in the house, they looked at her with incredulity ... of course someone had died here. On and on she went, begging and begging. And over and over the reply was the same. And finally she let the truth strike home and, returning to Gautama, she said simply, "Enough with the mustard seed. Give me the teachings."

Tears are strange. On the one hand they are wracking and precise exemplar of what cannot be spoken. There is nothing bite-sized about them. They are as true as true can be and, on the other hand, they speak the truth and tell the whole story without ever turning on the TV. To say they "cleanse" is more bite-sized bullshit, another attempt to control and limit what cannot be controlled and limited -- the whole story....