wrong direction to the right place

Is there any human endeavor or yearning that is not founded on going in the wrong direction in order to get to the right place? I doubt it.

Religion, to cite one easy-pickings example, soars and swoops in an effort to eradicate doubt and yet the louder it talks, the greater the silence it seeks to elude. No one knows what happens after death and yet religion's brilliant tapestries assert over and over again ... have no doubt ... milk and honey await, 77 virgins are in the offing, peace is assured where war once reigned. And it's not enough to pick on religious believers with the rueful verse, "You'll get pie/ In the sky/ When you die./ It's a lie." Take religion out of the equation entirely and the numbers tell the same story ... the wrong direction in order to get to the right place. Love, money, freedom, peace, compassion, enlightenment and the occasional Hershey bar. 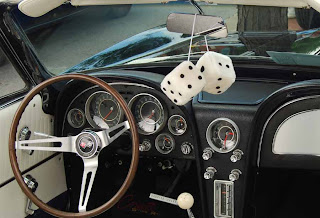 The wrong direction in order to get to the right place.

It sounds like a gloomy indictment -- which of us wouldn't rather be right, given our druthers? -- until you factor in the understanding that the right place does not rely on right and wrong. If this is the case, as I think it is, then going in the wrong direction is not all that bad. Being wrong is a little like hanging furry dice from the car's rear-view mirror and expecting the car to run better ... no big deal, just a bit ridiculous ... ridiculous, gently spoken.

Ethicists and moralists will balk and whinny, whether in the mind or outside of it: You can't just take right and wrong out of the equation ... that would be immoral and create endless havoc and cruelty. That would be wrong! And they would be right, of course ... right and yet still not in the right place because there is so much wrong yet to do, so much striving and correcting and improving and believing and convincing and explaining....

This morning, I got up from the bed I had slept in over night. I really had to take a piss.

This morning, from the vantage point of the porch, I saw a cat, well-furred against the coming winter, cross the road.

This morning, it crossed my mind that going in the wrong direction in order to get to the right place was nothing out of the ordinary.

Later this morning, perhaps, I will kiss my daughter and her fiance goodbye as they head back to Pennsylvania and later still, perhaps, go out to the zendo and do some zazen ... and hope I don't freeze my keester off.

I doubt it... but is that doubt or its dancing partner, certainty, necessary?
Posted by genkaku at 8:29 AM