the butler did it; the pope forgives him

-- Pope Benedict XVI went personally to his former butler's room and gave him the pardon expected after Paolo Gabriele was convicted of releasing private papal documents. There doesn't seem to be any word on what Gabriele will do next. What does a papal butler write on his resume as he applies for another job? 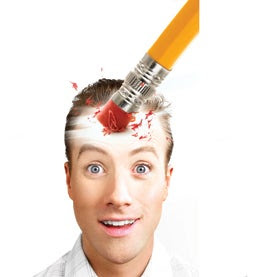 -- The National Rifle Association has suggested putting armed guards in every U.S. school in reaction to the massacre eight days ago of 20 school children and six adults in Newtown, Conn. The tragedy has followed a predictable trajectory ... gut-wrenching horror followed inept attempts to explain followed by hand-wringing suggestions that we really need to do something about gun ownership followed by -- bit by bit -- forgetfulness.

-- Not that I can entirely keep up with it, but the National Hockey League seems to be the latest arena in which workers are deciding that having a union is not necessarily the most advantageous course in negotiations with management. The trend is gaining traction around the country ... unions slow the course of growth, impede job creation, and are detrimental to the American economy. Republicans must be dancing in the aisles to have sold this bill of goods to the American worker. Unfortunately, I think, the position will reap a whirlwind when those doing the actual work realize -- as they did in the early part of the 20th century -- that sticking together is the only recourse if they want to feed their families. To imagine there will be bloodshed does not strike me as hyperbole. Assessing the piracy off his shores, a Somali security official once summed up the roots of piracy anywhere nicely: "If you do not share your wealth with us, we we share our poverty with you." Perhaps Argentina is another bellwether.

-- There are places where Islamic sharia law is strictly observed/enforced.

-- And places where a person can be fired for being too good looking.

-- And then, of course, there is the Yuletide caveat: Beware the Dreaded Brussels Sprouts!
Posted by genkaku at 10:09 AM