Adam Fisher: ONE OF MOM'S LESSONS HE'LL SWEAR BY
Published March 19, 2014, in the Daily Hampshire Gazette

NORTHAMPTON — On TV the other night, a stand-up comedian was camouflaging his lack of comedic material with liberal doses of cuss words when it occurred to me how far cussing had come in my lifetime.

Certainly usage and acceptance on radio, TV and the Internet had risen from what I will refrain from calling “the good old days” of the late 1940s. But had it really advanced or had the music gone out of it? I didn’t really know, but I remembered ...

• The first time I came home from grade school and used a dirty word in front of my mother, she was ready for me. My second-grade peers had reported their own homegrown results in this realm and those results weren’t pleasant, ranging from a verbal harangue to a spanking to an intimate knowledge of what Ivory soap tasted like.

My mother, however, was a pretty good writer in her time. Language was her garden and there were no weeds in it. Good and bad, naughty and nice weren’t so much the point when it came to language. Language was music and there were no bad notes. But there was the matter of skill and it was in this regard that she greeted my use of what these days is referred to as “the f-bomb.”

Something serious was afoot, though I didn’t see any soap in her hand.

And then very quietly and very patiently she went through all of the dirty words and their compounds. There were religious meanings, literal meanings, metaphorical meanings and physiological meanings. My mother didn’t overlook any of them and did not spare my eeeeuuuuuewww embarrassment when it came to the physiology part ... girls and boys did that???!!!

My mother gave me both barrels and then laid down the law:

I could use the words among my friends.

I could use the words in front of her.

But I could not use the words in front of her friends.

These were rules even a second-grader could grasp.

But as with all initial rules and original teachings, there were refinements to learn, both mentally and socially, as the years passed.

• It was at 16 that I got my most refined lesson in cussing. I had a summer job picking up trash. The guy who drove the truck was a young man who had graduated from high school, landed his job and had a new baby he adored. He had a pleasant disposition and I felt comfortable with him.

But like a lot of 16-year-olds I had gotten into the habit of using the f-bomb. It sounded — you know — grown-up. But one day, my companion turned to me and said in the friendliest possible fashion, “You know, if you don’t know how to use that word, I wish you wouldn’t.”

I was gob-smacked. It wasn’t as if he didn’t use the word. He did. With regularity. But he obviously wanted to lend me a hand.

I hardly knew how to respond, so I just began listening to him talk. And as I listened, I realized he was right: There was a music to language and he knew the music where I only knew the notes.

• After I got out of the Army, where cussing was a norm, I came home and conceived an interest in Zen Buddhism, a practice that includes a suggestion about “right speech.” And one day I announced to my mother off-handedly that I had decided to give up cussing.

• When my sons were both at about the age when I had first received my mother’s counsel, they were as delighted as I had been with cuss words. But one day, driving home with them, I had enough. I stopped the car on a deserted road out behind the fairgrounds here in Northampton. And I offered them a challenge: For one minute — not more and not less — they would scream out every dirty word they could think of. No quitting allowed. One minute. They looked delighted. And as I restarted the drive home, I shouted, “Go!” They let loose with gusto.

But after 15 seconds, they ran out of steam. They faltered. “No!” I shouted in the spirit of the moment, “No quitting! Keep going!” And they tried. They tried hard, but the laughter and naughtiness and enthusiasm were spent. Twice more I encouraged them and twice more they complied with diminishing vigor. They never did cross the one-minute mark.

In later times, I would treat my sons to bits and pieces of what my mother had given me in a single sitting. They too learned some of the skills that go with the music of language. No doubt they too will have experiences that refine their understanding.

All of which is OK with me.

As long as they don’t turn into second-rate comedians.

Adam Fisher lives in Northampton. His column appears on the third Wednesday of the month. He can be reached at genkakukigen@aol.com.

PS My sister sent the following by way of reaction: 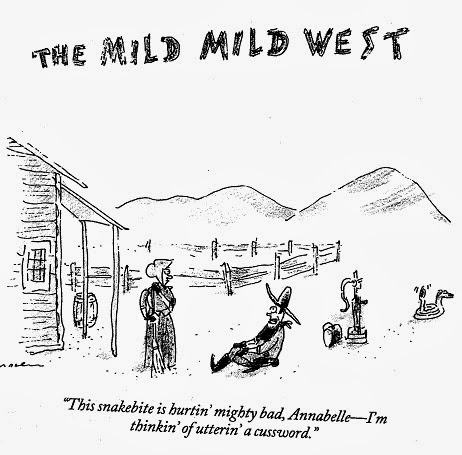