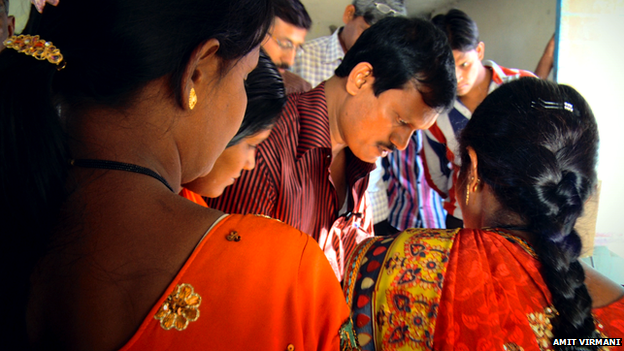 Luckily I'm not educated. If you act like an illiterate man, your learning will never stop... Being uneducated, you have no fear of the future.

These are the words of  Arunachalam Muruganantham, a man who, at great personal cost, set out to improve the lot of women in India and elsewhere around the world by inventing a machine that could make low-cost sanitary napkins.

His wife and mother left him. Villagers thought of stringing him up as a means of releasing the demons that seemed to infect him. Talking about what amounted to a forbidden subject was ... well, it was an uphill battle.

And now that he can be counted a success -- now that his wife and mother have returned -- he has little or no thought of getting rich from his efforts:


If you get rich, you have an apartment with an extra bedroom - and then you die