the "right to be forgotten"

What a tantalizing conundrum -- the "right to be forgotten." I'm late to the discussion and any good understanding that may already have evolved, but the phrase itself plus Internet search engine Google's parry and thrust, plus, most important, the individual desires in the matter ... what a kitten in a ball of yarn! 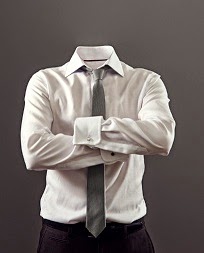 As I get it, Google has a way that people can request that certain information about them be removed from search results. Google has acceded in some instances, which has roused a mighty backlash: Who will monitor the monitors? Here's just one story on the topic.

Probably I am oversimplifying, but what interests me is the very notion that somehow anyone might undo today what occurred yesterday and is now considered a gaff. Nudie pix, love letters, exposes, hagiographies, jail terms whether warranted or unwarranted, Wall Street hustles, ... the list spins itself outward like the tail on some fiery comet. Good, bad and indifferent -- it's all there like cobwebs in the attic.

From where I sit, most people do what they do with an element of hoping to be remembered for it: I am the person who deserves credit and stature and brightness as a result of some action or position. But there is the concomitant hope that the mistakes will be conveniently forgotten ... and Google should forget -- or at least keep its mouth shut -- about what I wish to have forgotten.

Well, not to put too fine a point on it, the "right to be forgotten" is the kind of thing that someone might take into his or her mind and then, White-whine-fashion, complain that the world is somehow not fair for not erasing what deserves to be erased. Don't think of a purple cow.

The important part of all this, as I see it, is that individuals not run this sort of thinking on themselves. Have I fucked up in the past? Yup. Do I wish I could undo the barbs and reminders that nip even into the present? Sure. But facts are facts even when they are not factual. I'm stuck with my farm and expecting someone else to erase my past is whistling past the graveyard.

The only "right to be forgotten" lies in the willingness to examine and shoulder what cannot be escaped. And that goes for the good stuff as well.

Kind of reminds me of the Zen teacher Dogen's observation:

Or maybe I've got it all wrong.
Posted by genkaku at 6:34 AM