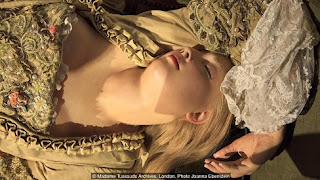 In a bid to depict humans in a more realistic way, visual artists of the Renaissance carried out their own dissections – more even than anatomists of the era. According to Ebenstein, Leonardo da Vinci “is said to have dissected more than 100 bodies, and famously ‘sketched cadavers he had dissected with his own hand’”. One key anatomical text of 1543, De Humani Corporis Fabrica (On the Fabric of the Human Body), was illustrated with woodcuts “thought to be by Titian’s studio in Venice”. That overlap of disciplines was the background for the anatomical Venus. “One of the things that makes the Venus so hard for us to understand is that we’ve now divided up all those things in ways that wasn’t divided in the time that it was made,” Ebenstein tells BBC Culture. “We have this division between art and science, and between religion and medicine, that didn’t exist at that time.” (Credit: Josephinum, Collections and History of Medicine, MedUni Vienna/Photo Joanna Ebenstein)

Time passes, curiosity and education remain, but I do remember an artist friend who was entirely serious after she wheedled her way into a New York City morgue as a way of -- like the old masters -- sketching the interior particulars of the human body. 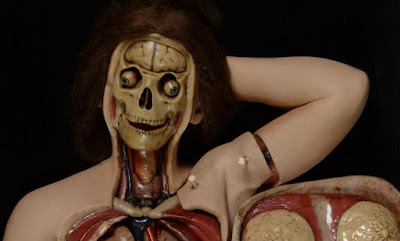