we know who you are 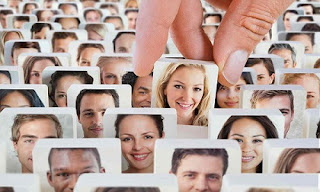 If the founders of a new face recognition app get their way, anonymity in public could soon be a thing of the past. FindFace, launched two months ago and currently taking Russia by storm, allows users to photograph people in a crowd and work out their identities, with 70% reliability.
It works by comparing photographs to profile pictures on Vkontakte, a social network popular in Russia and the former Soviet Union, with more than 200 million accounts. In future, the designers imagine a world where people walking past you on the street could find your social network profile by sneaking a photograph of you, and shops, advertisers and the police could pick your face out of crowds and track you down via social networks.

Strange how the sense of anonymity can simultaneously be an aspect of life that weighs painfully on consciousness and yet privacy beckons with insistent force.
Posted by genkaku at 7:11 AM