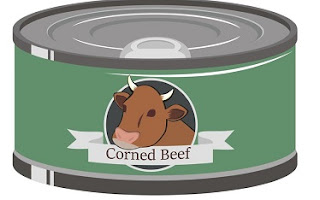 China's foreign ministry has denied reports that Chinese food companies are canning human flesh and selling it in Africa as corned beef.
The country's state-run Xinhua news agency said one tabloid newspaper in Zambia was falsely quoting an unnamed woman living in China.
She said Chinese firms were collecting dead human bodies, marinating them and packing them in tins.
Chinese spokesman Hong Lei said the reports were "irresponsible".

As long as it's marinated, who could complain?

On a more serious note, it's interesting that no one is testing to see whether the claim is true and the flesh is/isn't human.
Posted by genkaku at 5:49 PM