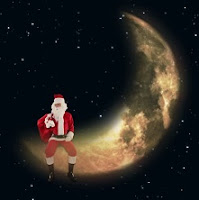 Perhaps, I am not sure, it is not the star that casts the starlight. Rather it is the heavens whose beginning and end cannot be tabulated.

This thought crossed my mind after watching "Bridge of Spies," an overlong drama starring Tom Hanks, whom I like. The movie, which focuses on the 1960 exchange of U-2 spy-plane pilot Gary Powers (the Russians shot the plane down) and alleged KGB spy Rudolph Abel (held by the Americans), has all the elements of a good tale and yet seems to cop out and dwell on the determined-yet-sensitive presence of Hanks.

Different from Hanks' "Charlie Wilson's War" or "The Green Mile," "Bridge of Spies" seemed beholden to the stars instead of to the heavens of the story. A cheap date, from where I sat. The movie seemed incapable of deciding which elements of the story to dig into and as a result, everything became a bit wooden ... everyone behind the camera winking at the audience: See all the great people (Steven Spielberg directed) involved in this movie? It must be good, right? On its own merits, I think it rated a B to B-minus at best.

The movie made me wonder if taking things head-on is the best approach to a good story. Leo Tolstoy, one of the greatest novelists ever, fell flat on his face with "Resurrection," a book that took on the author's interest in spiritual life. Spiritual life is woven in his novels to good effect, but when he addresses it head-on ... flop!

And I think Somerset Maugham (or maybe Christopher Isherwood) tried to write a god book as well ... going straight for the jugular and trailing off into something other than starlight. (Can't remember the name of the book or even that Maugham wrote it). "Who is god?" is a perfectly reasonable question, assuming anyone has an interest, but presuming there is a suitable, appealing answer worth crediting by others is a loser from the get-go.

Why can't those persuaded by spiritual life be content in their own persuasion and leave it at that? Why must they sweat and strain to round up agreement? No one -- NO ONE -- ever came out of the womb imbued with a spiritual attachment. That means that any subsequent collection of theology and belief and joy and anguish is an add-on to the 'miracle of birth.' Nothing wrong with add-ons, but doesn't it seem sensible -- or indeed necessary, to the extent anyone takes spiritual life seriously -- to concede that this add-on is just that -- an add-on for which each individual must shoulder the personal responsibility? And having shouldered the responsibility, wouldn't it be useful to wonder what life might be without its add-ons?

I don't mean any of this in a snarky sense. It's just that without assaying the starlight all around, how could anyone hope to penetrate the star itself?
Posted by genkaku at 9:36 AM