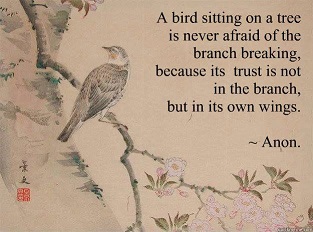 Section 7 of the 1994 Intelligence Services Act, sometimes described as the “James Bond clause”, protects MI6 officers from prosecution for actions anywhere in the world that would otherwise be illegal. They would be protected as long as their actions were authorised in writing by the secretary of state. [boldface added]

The scary stuff always seems to be buried when it comes to the questionable behavior of large entities like governments.

The quote above comes from a Guardian article about the British involvement in the "extraordinary rendition" and torture that was (was??) woven into "terrorism" investigations following the Sept. 11, 2001, attacks on, among others, the World Trade Towers in the United States. At least the British have the courage and decency to look into the human abuses perpetrated in the name of crime fighting and national safety. Naturally, there are brick walls at every turn, but even those brick walls seem to fortify a case for moral and possibly legal turpitude... and I'm not talking about the alleged terrorists. Like governments elsewhere, the maintainers of the anti-terrorism faith justify their kidnappings and torture and claim simultaneously a cloak of secrecy which, if breached, would endanger state security further.

Trust me... I get to do the bad stuff with impunity because I'm the good guy ... trust me.

What a clusterfuck.
Posted by genkaku at 8:38 PM