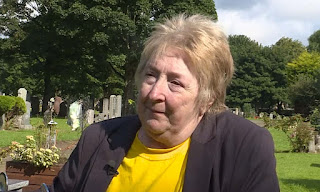 Sometimes the arrogance of those in power is breath-taking:


A mother who campaigned for more than 40 years to find out what happened to her dead baby’s remains has found out his coffin was buried without a body inside.
Lydia Reid, 68, was given a court order for the exhumation of the grave of her son Gary, who died at the Royal Hospital for Sick Children in Edinburgh in July 1975 aged seven days old. But no human remains were found.