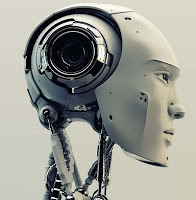 Passed along in email.

For good or for evil?


Way of the Future’s startling mission: “To develop and promote the realization of a Godhead based on artificial intelligence and through understanding and worship of the Godhead contribute to the betterment of society.”...
Silicon Valley, meanwhile, has sought solace in technology and has developed quasi-religious concepts including the “singularity”, the hypothesis that machines will eventually be so smart that they will outperform all human capabilities, leading to a superhuman intelligence that will be so sophisticated it will be incomprehensible to our tiny fleshy, rational brains.
For futurists like Ray Kurzweil, this means we’ll be able to upload copies of our brains to these machines, leading to digital immortality. Others like Elon Musk and Stephen Hawking warn that such systems pose an existential threat to humanity.
“With artificial intelligence we are summoning the demon,” Musk said at a conference in 2014. “In all those stories where there’s the guy with the pentagram and the holy water, it’s like – yeah, he’s sure he can control the demon. Doesn’t work out.”