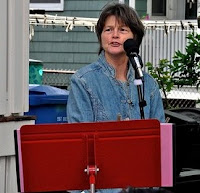 Millionaire Amelie Ratliff, a woman whose name I never knew but will not now forget has written a lucid essay for The Guardian about the inequality of wealth in the U.S. and why she thinks Donald Trump should not be trying to play kissy-face with the wealthiest Americans.


At a time of staggering inequality, I can’t believe that Congress and the Trump administration want to give me another tax break.
On Wednesday, the Republican party unveiled their tax reform plan, which included the elimination of the federal estate tax. But as one of a small segment of people in the top 1% with enough wealth to someday pay the estate tax, I believe a tax on inherited wealth is completely reasonable and fair.

The essay is written in clear English.