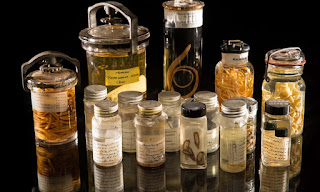 Climate change could wipe out a third of all parasitespecies on Earth, according to the most comprehensive analysis to date. ...
“Parasites are obviously a hard sell,” said Carlson. “Even if you are grossed out by them – and there are obviously downsides for individual hosts and for humans – parasites play a huge role in ecosystems.” They provide up to 80% of the food web links in ecosystems, he said. Having a wide range of parasites in an ecosystem also means they compete with one another, which can help slow down the spread of diseases.
“If parasites go extinct, we are looking at a potential massive destabilisation of ecosystems [which] could have huge unexpected consequences,” Carlson said, with other parasites moving in to take advantage. “That doesn’t necessarily work out well for anyone, wildlife or humans.”