is youth or stupidity an excuse? 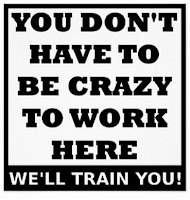 I once went to dokusan (a private interview) with Joshu Sasaki Roshi, a man who was arguably the top gun in the world of Zen Buddhism at the time (1970's). I was scared. I had never met the man. He was the size of a peanut and had the mass of a mountain in my mind.

We sat facing each other during that long-ago sesshin (Zen retreat). He took his fan and tapped it three times on the floor next to him. "What is this?" he asked. I gave a book-smart shout. He looked at me for a moment and then said, mildly, "You know, you don't have to be crazy in order to do this practice."

"You don't have to be crazy" and yet so much of spiritual adventure did seem a bit crazy ... might as well get with the program. I heard Sasaki's words as a rebuke: Zen practice referred to something plain and simple. Nothing phony about it. Nothing concocted or false. But I had chosen the ornaments of the exercise. Short and sweet, "Cut the crap!"

And likewise, you don't have to be stupid. And it is here that I admit to bias: Anyone involved in spiritual practice is tasked with exercising both attention and responsibility. They had to think things through ... much as, from my vantage point , John Allen Chau, 26-27, had not when he set out for North Sentinel Island -- a place that required permission to visit for fear of infecting the local population with non-native diseases -- in hopes of introducing the locals to Jesus.

Chau was on a mission from his Christian persuasion (convert the heathen stuff) and never seemed to think that his presence, while it might introduce a Christian faith, could spell death to the tribe on North Sentinel. Chau was willing to sacrifice his life. But he seemed unmerciful enough to be willing to sacrifice the lives of others.

And this is where my bias kicks in. If you're going to sacrifice along the spiritual way, don't run around sacrificing others. Burn your own temples and texts as you like, but do not presume you have some right to burn the temples and texts of others. Demolish Jesus and Christianity first ... and only then set about God's work.

It is unkind of me to assume that those along a spiritual byway will be somehow less stupid, thoughtful or circumspect. But, full-frontal-nudity, I guess I have to own up to it. The arrogance of Christians in 19th century India is truly astounding to anyone willing to read the works.

What a well-intentioned clusterfuck among these spiritual children.
Posted by genkaku at 11:02 AM