Let push come to shove, I guess I should tone down my growly objections to such 'social media' as Facebook and Twitter. 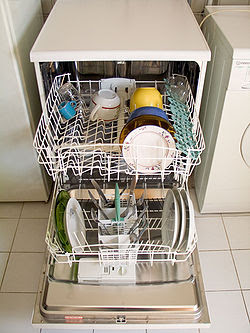 I'm as big a fan as the next person of gizmos and gadgets and the wonders they are capable of. With three kids, for example, a dishwasher is a marvel beyond price in my book. But one good thing about the dishwasher: It actually washes dishes.

What I object to with Facebook and Twitter is not so much the marvelous magic of almost instantaneous communication -- that's pretty wow. What I object to, based on the amount of time my kids (and I imagine others) spend employing this magic, is the apparent belief that such 'social media' create social connections ... that because messages are friendly, the user has therefore cemented a friendship.

Friendship is real roast beef. Social media strike me, at best, as pureed spinach... healthy enough, but baby food whose nourishment is unlikely to stand the test of time. To believe that friendship is what appears in 141 characters on a screen is (in my mind) to be cruisin' for a bruisin'... something that leaves the believer bereft and hungry in the end.

Well, my presumptions are either valid or they are not. And perhaps there is some middle ground that I am unable or unwilling to concede in my growly objections.

Probably the best way to find out why it is inadvisable to stick your finger in a light socket is to do so. But my opinion and a couple of bucks will get you a bus ride.

As American humorist Will Rogers put it:

When it comes to Facebook and Twitter, I'm just sitting here peeing on the electric fence, perhaps.
Posted by genkaku at 1:47 PM