Ownership is a bit strange.

Not good or bad or right or wrong ... just strange in the sense that calling it either true or false seems to miss the mark.

Legally, I own the rights to my mother's written works -- several novels, some shorter stories and a bunch of articles. Yesterday, a note arrived from a woman in England. She was writing to both me and the literary agent who handles the business end of what my mother wrote. What the woman wanted was permission to use one of my mother's stories in her story-telling efforts among the dying. The woman could not see her way clear to paying the $100 that the literary agent decided was appropriate to the woman's uses ... to retell in 10 or 15 minutes one of my mother's stories, "Mr. Death and the Red-Headed Woman." 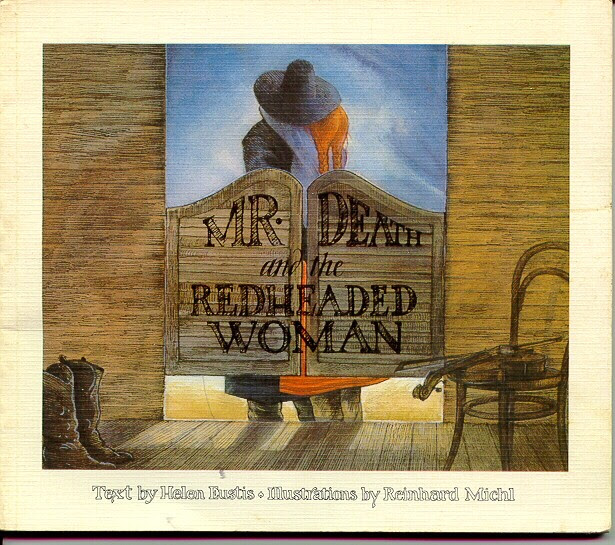 To my amazement, as I sought out the link just now, the book appears to be for sale for $476 on Amazon. That's a lot of money for a short, if wonderful, story. It was written in 1950 and is 36 pages long.

Anyway ... the woman in England asked politely. She took responsibility for the world of copyright -- of ownership -- but balked at its merchant-minded requirements: $100 was more than half the fee she charged for telling her tales in the first place.

I wrote her back this morning saying that her work was worth more to me than the fee the literary agent thought was appropriate. Since I 'own' the legal rights, I guess I get to say that. I could use the money, but the world could probably use the woman's good efforts more than I need the money. And even if this is not true, still I have a hunch that ownership is more myth than reality. Not that I can evade responsibility, but that's not the same as saying I 'own' something.

In a completely unrelated and yet serendipitous adventure a couple of days ago, I said to my Internet-savvy older son that I could conceive of a time after my death when someone might ask permission to use what I had written on this blog. I saw no reason why he shouldn't make a bit of money off the hypothetical request.

He brought me up (delightedly) short ... if it's on a blog and on the Internet, there are no 'rights,' he said. It becomes a freebie. I have my doubts about this, but I was delighted to hear it and to let the matter drop: I write for free -- a thing that probably makes it less valuable in the reader's mind -- and would prefer that it remain that way. True, I have considered writing a book that incorporates some of what is written here and then selling the book for money because I 'own' it, but selling what is free in the first place strikes me as a bit churlish and grasping and sour. It doesn't taste good in my mind.

I suppose this attitude could be accused of idealism: Everyone's got to make a living and everyone needs to eat, after all, so selling what's for free is one plausible avenue of endeavor. I sell whatever talents I have and you do the same. But the question that crosses my mind is, does selling what is free equate with ownership?

Writer, shrink, stock broker, minister, farmer, lawyer, actor or actress ... there are talents and people need to eat. OK. But is taking responsibility for the actions of this life the same as being some sole (and hopefully praise-worthy) proprietor?

In Buddhism as well, there is much tut-tutting about acquisitiveness and attachment. These attributes are pointed out as a great way to screw the pooch of an individual life, of producing unhappiness where happiness is the goal.

But when it comes to ownership, I'm not so interested in the tut-tutting. I just think it is something to investigate as the inspiration arises ... who owns what and who made that shit up?
Posted by genkaku at 8:26 AM