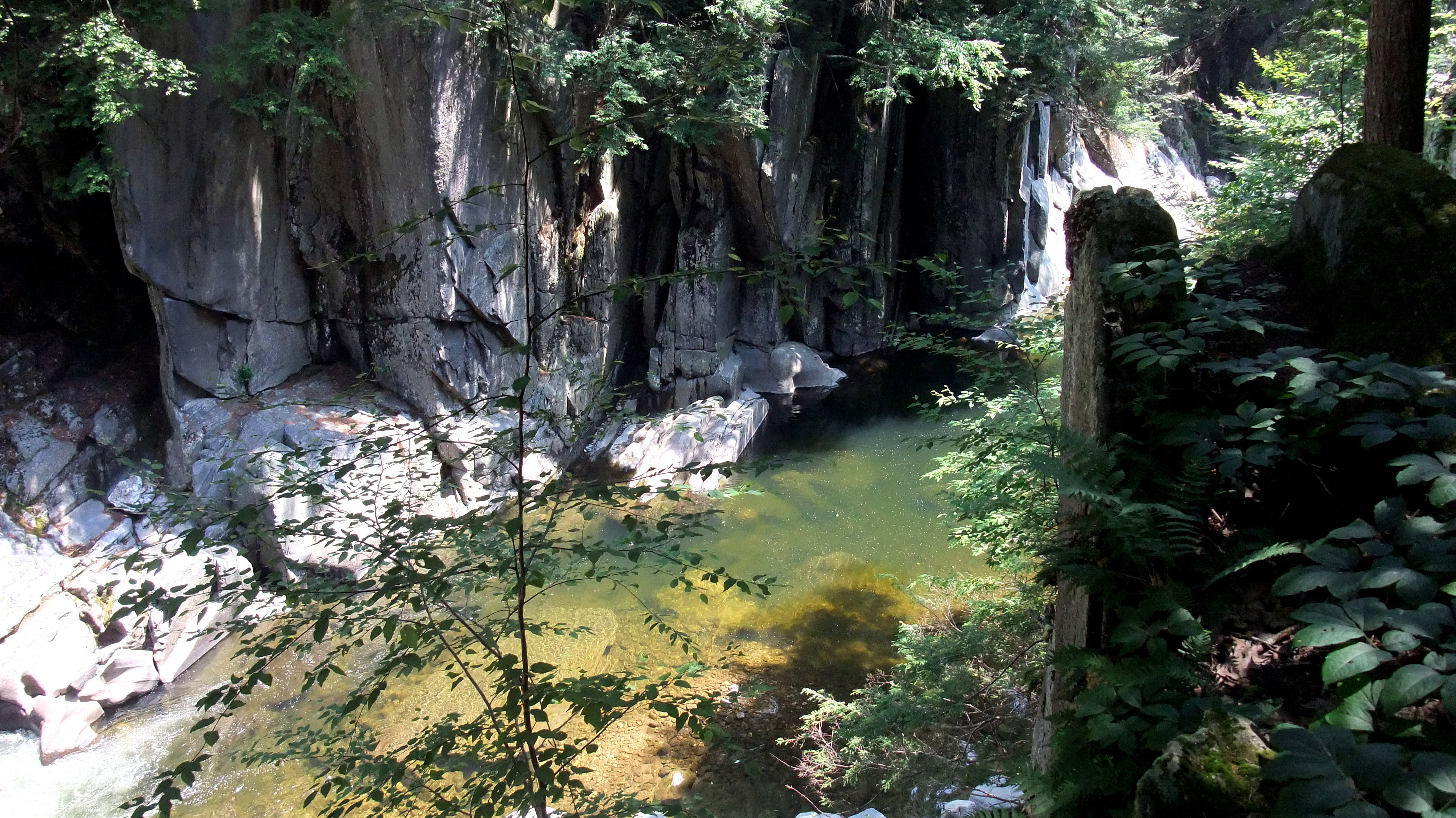 A story told before but I found myself retelling elsewhere and I was happy to remember it:


Born under a water sign, I guess it might be called understandable that I find water magical. Not that I want to get all ooeey-gooey about it, but, whether in a pool, a river, a lake or the ocean, there is something that speaks my language.

One of my favorite water experiences came a lot of years ago, when I found a bushy nook up a hill from a bubbly, flowing river. I built a small fire, cooked a piece of meat and ate dinner to the melodies from below. Soon enough, the sun was down and I curled up in a sleeping bag.

At first, it was a bit spooky because the bubbling water sounded, here and there, like human voices that I could not quite understand. Why I should be afraid, I'm not sure, but there was an element of fear that somehow ... what? ... I might be found out and dislodged from my small lair ... perhaps because I had built a fire without permission.

Bit by bit, I got used to my environment and finally went to sleep.

The next morning came bright and clear. I could see the blue sky up through the branches, but the sun had not entirely reached down to the river I planned to travel ... up towards the place where sheer granite cliffs dropped down into deep pools where swimming was no longer allowed. In my youth, kids had jumped from the cliffs into those pools -- a daring feat -- and sure enough the unseen rocks below the water had claimed a life or two.

Over time, the cliffs had dropped great flat slabs of rock into the river and you could rock-hop up into the no-swimming gorge and feel as if you had entered some woodland castle, surrounded by huge protections that made you feel small. I used the slabs and whatever other protrusions presented themselves as I made my way up the river. I had to watch my footing. No one was there to help. The rocks were sometimes slippery and sometimes not firmly set, so paying attention was important. I watched the rocks carefully.

But then, just below the point where the cliffs rose up, I stopped to look further forward and plot a course and there, in the demi-dawn light, halfway out in the river, on a great slab of fallen rock, utterly natural and completely in tune with the water and the beauty of the surroundings, I saw a naked woman lying peacefully on her back. The sun was slowly advancing on her rock, like some cat come to nuzzle and purr. She just lay there and I felt strangely blessed. I wanted to say thank you, but being strangely blessed was all I could do.

Strangely blessed and completely unsure about what I should do. I looked at the scene and liked looking and was blessed by looking and yet I did not want to disturb the woman's time and place and being. I wanted to continue my walk but did not want to embarrass or otherwise distract her from her ... what shall I say? ... her is-ness, maybe. I felt consumed by a strange combination of scrubbed-clean gratitude and all-thumbs clumsiness.

Finally, I found a klutzy compromise, turned my back to the woman, lifted a largish rock and threw it so that it would clatter among the other river rocks. I stood in a place that would allow the woman to see me and, back turned, busied myself with some investigative chore that did not really exist. I kept my back turned, kept busy for a few moments....

And when I turned, she was gone.