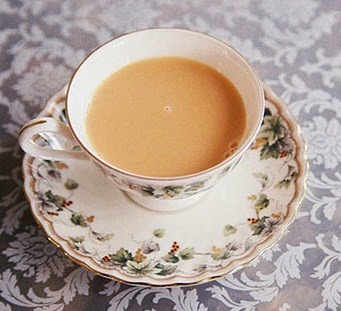 Personally or socially, I wonder what things might be like if the habit were laid to rest, even if only for a little while -- treasuring our enemies.

Last night, I got around to watching the 2012 movie, "Zero Dark Thirty," the alleged tale of the search for and eventual assassination of Osama bin Laden, one-time front man for Al Qaida, an organization the United States has loved to hate. I watched it based pretty much based on the fact that I had enjoyed director Kathryn Bigelow's earlier gritty tale, "The Hurt Locker."

But whereas "The Hurt Locker" (2008) told a very focused and nuanced tale of bomb disposal teams after the U.S. invasion of Iraq, "Zero Dark Thirty" seemed to be all over the lot as it adduced the bits and pieces of effort and intelligence that led up to the storming of a compound in Abbottabad, Pakistan, where bin Laden was holed up. The movie's ending seemed to ask the question, "OK, you killed him. So what?"

But there was a lot of to-ing and fro-ing before the actual attack: Aside from anything else, it was interesting to see the differences in attire: On the one side were nut-brown Middle-Eastern men with facial hair and sometimes robes; on the other were mostly-pink CIA and other U.S. operatives whom it was hard not to think of as paupers in Armani suits. Each was harming the other in a variety of grisly and often fatal ways.

Overwhelming a stated enemy is no small matter, especially when torture and death are involved, and "Zero Dark Thirty" relied on its viewers to concede the point -- an enemy is an enemy and enemies are a serious business. But I think it is a short step from such seriousness to a recognition (with luck) that if he is an enemy long enough, he becomes a treasured and reliable friend, a part of the raison d'être scenery.

In the practice of Buddhism, conversation sometimes parks its car in the "enlightenment" garage. There are hundreds of ways of referring to this ineffable realm, but all of them, when put to the test, assert in little letters and large that "enlightenment" is a good thing, something worth aspiring to and even, in some cases, something to "attain." As I say, this is all for conversational purposes, purposes of the practicing Buddhist's mind. Enlightenment is, in one sense, a good and loving and healing friend.

2. Anyone who has lowered himself into the pool of Buddhist practice knows the feeling of being confronted by a host of difficulties. Attachment, delusion, ego, greed, anger, folly ... in little and in large and in a very intimate life, there are difficulties to confront. And the deeper the practice, the sharper the barbs can feel. How is anyone to end "suffering" when there is so much fertile soil? It seems endless and daunting and ... oh, hey! wait a minute -- isn't that what enlightenment is supposed to wipe off the map?! Isn't that what makes enlightenment special and desirable and fulfilling? Isn't freedom from such enemies -- or, more politely put, seeing into the nature of such difficulties -- the point of all this hard, hard work?

The trouble is that anything that is special presupposes something that is not special -- something that might be downright inimical. Being enlightened is one thing, being deluded is another. But the question has to be asked: If the enlightenment anyone seeks differentiates what is special and what is not, what is friend and what is foe, what sort of enlightenment could that possibly be? Hell, with that sort of enlightenment, you might as well open a church and pass the collection plate.

Treasuring enlightenment; treasuring delusion -- the two locked together in some intimate concoction that passes for practice. Yup -- I know my friends. Yup -- I know my enemies. Yup -- they inspire and encourage me to practice hard-harder-hardest. And into the bargain, I may get some Armani robes. The old-timers were right -- Buddhism really is a special practice, even when I grovel and play the humble and compassionate game. I love to love what I love. I love to hate what I hate. I know my friends and I know my foes. And to ice the cake, I can say, conversationally, that neither love nor hate enters, that I am beyond friends and enemies.

If all of it were in any way special, how could it possibly be special or worth the effort?